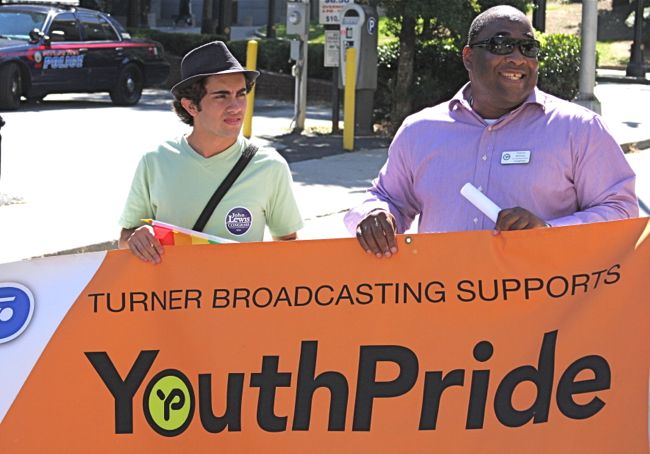 YouthPride’s chief ridiculousist Terence McPhaul was too busy calling the cops on a reporter than opening the non-profit for LGBT youth. The organization, set to re-open Monday after being booted from their digs, remains closed. It’s not like McPhaul didn’t see this coming. Some $40,000 in unpaid rent led to an eviction notice from their Inman Park offices, a court fight and an eventual settlement that called for them to be gone by May 31. On Thursday, McPhaul (top photo right) ordered a Georgia Voice reporter out of the building when she asked a simple question: Where is YouthPride moving? On Friday, that same reporter did what reporters sometimes do -- she staked out YouthPride in the hopes of finding out where the group is moving. McPhaul’s response? Well, he wasn’t on site; he was finding a storage unit for all of the organization’s stuff. But he did order an employee to call Atlanta police. McPhaul’s not so good at working well with others. YouthPride’s last day of operations was Thursday. They announced last week that the group would be closed Friday and Saturday with a re-opening in the new digs on Monday. But late Sunday, the group posted this to Facebook:

Where in the world is YouthPride moving? Maybe to one of McPhaul’s eight global offices.