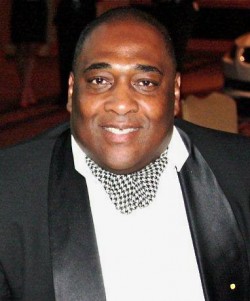 YouthPride, beset with financial troubles over the last several months that led to cuts in staffers, announced a boost in funding from two grant sources.

The grant increases from Fulton County and the United Way total about $90,000, providing a big boost for the organization’s annual budget of about $280,000. Terence McPhaul (photo), YouthPride’s CEO, announced the grants in an email early Wednesday.

“YP’s continued good news is a testament to the high level of service and commitment that our supporters and volunteers have delivered,” McPhaul says in the email. “We can be so proud that we made the final cut in ultra-competitive grant processes.”

The increased funding comes as YouthPride is experiencing a 25 percent increase in attendance at its center on Edgewood Avenue.

A drop in donations and grants prompted YouthPride to furlough three of its six staff members in December. The board also slashed the annual operating budget about $70,000 to $280,000. In January, one of two executive directors was fired due to YouthPride’s ongoing financial duress.