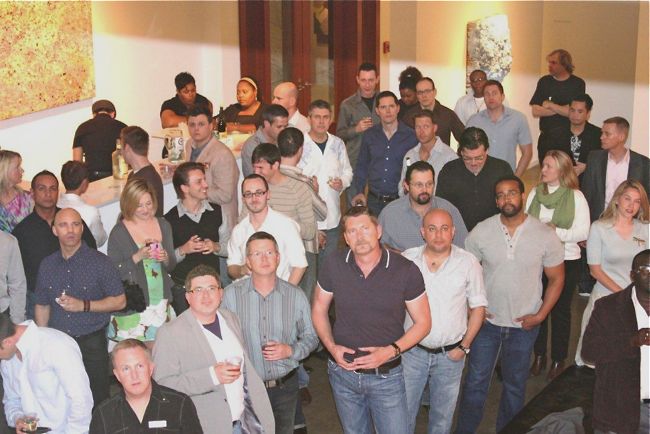 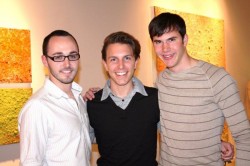 Cocktails, hors d’oeuvres, music and no cover charge? And it’s for a great cause? We’re so there and so were more than 300 people on Friday at Evolve!, the annual fundraiser for YouthPride.

The event, which drew about 300 people, helps fund suicide prevention efforts for the gay youth organization. The annual event continued its home at Bill Lowe Gallery, the gay-owned and upscale space in Buckhead.

A final tally on the amount raised wasn’t available Wednesday, but Terence McPhaul, YouthPride’s executive director (bottom photo, center), says he’s hopeful it hit expectations even without the usual silent auction that has been a part of Evolve! in the past. 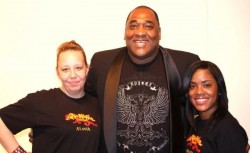 Evolve! was started in honor of Keith Cheung, a YouthPride supporter and volunteer who committed suicide. Reaching not only the youth themselves, but the people closest to them, is vital to recognizing warning sides that can help drop the far-greater suicide rate for LGBTQ youth than their heterosexual counterparts, McPhaul says.