YouthPride is closed, but where is it moving? 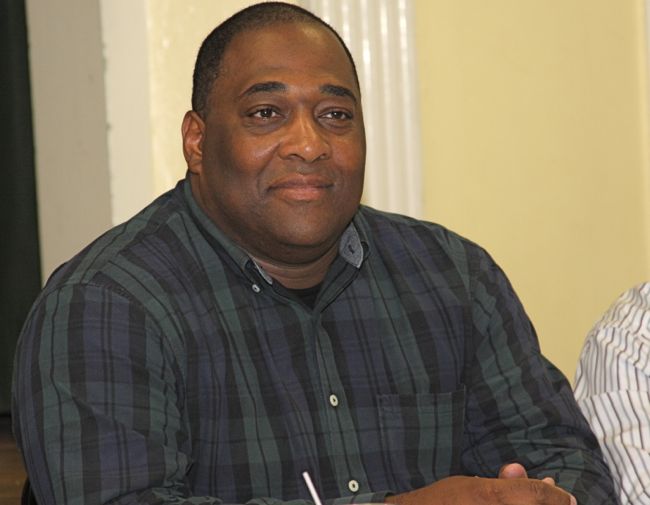 YouthPride’s bombastic executive director, Terence McPhaul, doesn’t like to answer questions. Instead he threatens lawsuits, hides in elevators and now, kicks a reporter out of the same facility that a court order says he must vacate.

YouthPride has teetered on collapse for months and Thursday marked the day a court order says it had to vacate its Inman Park facility. Something about $40,000 in unpaid rent.

So the Georgia Voice, which has doggedly detailed the troubles of YouthPride under McPhaul (photo), stopped by to ask a pretty straight-forward question: Where are you moving the non-profit for LGBT teens?

An attempt to talk to YouthPride Executive Director Terence McPhaul at the facility located on the church’s property on May 31 at approximately 5 p.m. failed after he ordered this reporter out of the building.

“Background check. You don’t have one. I have to ask you to leave,” he said. When asked where YouthPride was relocating, McPhaul said he would have to respond later and that he didn’t have time for a meeting. He then said movie night, held on Thursday nights, was canceled.

“Do you come to movie night? It’s canceled for tonight. We’re doing something else,” he said as he closed the door and reached for a telephone. Several youth sat in on couches in the lobby where folded up boxes were leaned up against a wall.

It’s not the first time McPhaul has tangled with the press. He lashed out at the Georgia Voice’s Dyana Bagby in January as she recorded the exchange, threatened to sue Project Q and complained that media coverage of him is tainted by racial bias. Let’s not forget his long list of lawsuits and the ridiculousness of McPhaul saying he once ran a company with eight offices across the globe.

Where in the world is YouthPride moving? McPhaul won’t say. The organization posted on its website that it’s closed Friday and Saturday, with a re-opening set for Monday. Somewhere.