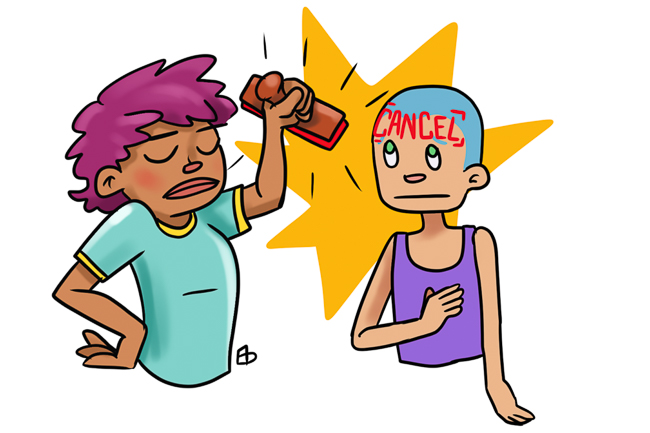 I did a thing. A bad thing. It was wrong, it was ugly, and the public fallout was messy. In the age of social media, I was put on blast, and it all spiraled downward before an audience hungry for blood.

I deserved to be held accountable, even if at times I felt attacked by a mob rather than schooled by a group of concerned citizens. My apology included that I understood where I went wrong, but the damage to my reputation, and frankly, to my sense of self as a good person, was done.

I learned a lot, but why do I still feel so crappy? They got their ounce of flesh, but I don’t feel like I paid my penance. I feel so defeated, and I’m not sure how to even begin a path forward.

Even if the social media piranhas of call-out-culture devour you, ruin your reputation and cause you to question your very soul, the frenzy will eventually clear and nothing real would have happened. The only tangible result of these actions can be a shame so crippling that the intended target struggles to recover.

Despite what they would tell you when they put someone “on blast,” the piranhas most often do this in their own interests— their self-aggrandized version of themselves. It’s sanctimonious at best, hypocritical at worst, and it’s a standard of perfection that most people couldn’t live up to under scrutiny.

What happened is more about them than it is about you or what you did. And that’s why you still feel empty.

And just like they haven't really done anything, neither have you. Even if you agree with their critiques and sincerely feel your apology, talking about a thing isn't doing something about the thing. Posting regrets doesn't solve the slight. Asking for good vibes and forgiveness, even getting them, isn't actually reversing course for the better.

No one has held you accountable, even if they think that they have. Only you can do that. After the apology comes action. How can you show that you have made changes that will affect the future?

Maybe it’s acts of kindness, or it’s acts of service to the parties or communities you wronged. Maybe it’s an attitude adjustment you carry out in little ways for the rest of your life.

Decide how to embrace what you’ve learned, and create a future that acknowledges, not buckles under, the past. You may or may not change what some people think of you, but you can lighten that load you’re carrying.