Your guide to the gayest Super Bowl ever 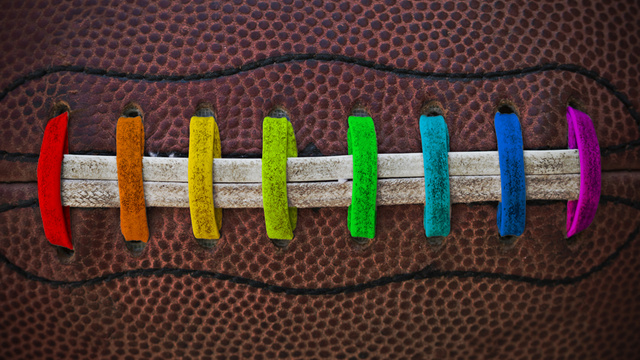 The parties. The commercials. The entertainment. All around some well-built jocks in tight pants. The Super Bowl always packs gay appeal, but Sunday’s edition comes with enough LGBT to rank it as the gayest yet. Here’s a guide.

As a gay man, the only Sunday spectacle I’m supposed to pay attention to in February is the Oscars. What’s this Super Bowl thing?

It’s the largest sporting event of the year, playing out Sunday from the Superdome in New Orleans. Super Bowel XLVII features the Baltimore Ravens (13-6) against the San Francisco 49ers (13-4-1). And Beyonce. But we’ll get to her in a minute.

I’m meeting friends at Blake’s for Sunday Funday. Will this interfere?

Yes, girl. Kickoff is set for 6:30 p.m. on CBS. And every bar, even the gay ones, is likely to have the game on its big screens. Jim Nantz and Phil Simms will call the game with analysts Steve Tasker and Solomon Wilcots chiming in with throwaway lines you won’t be able to hear over the bar noise anyway. Simms has two cute jock sons, Chris and Matt.

Right. But what will the teams be wearing? Maybe their outfits will appeal to my sense of fashion.

The 49ers are the home team and will sport their red jerseys and gold pants. Gaudy, yes. But they’ve been wearing those colors for years, providing an ironic twist since they come from the gayest city in America. Something in black leather would be more appropriate. The Ravens will wear white with purple trim. It’s such a gritty place that you’d hope for something more ManShafty and blue collar. 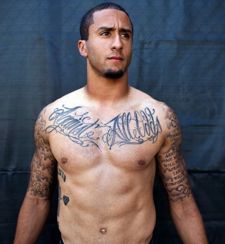 Did someone say Beyonce?

She’s no Madonna in terms of gay appeal. But like the Material Girl last year, Beyonce headlines the halftime entertainment. You know the show is starting when the gay bar goes quiet. She might even team up with Destiny’s Child. She made a big production this week (video below) of saying she won’t lip sync like her performance at the Obama inauguration. We’ll see. Alicia Keys sings the National Anthem, and gird yourself. The singer says she’ll offer her own version so who knows how long that will last. But skip the NFL-sanctioned Super Bowl Gospel Celebration. It’s packed full of anti-gay wingnuts and Fantasia.

Do I refresh my cocktails during the game or wait for commercial breaks? At some point I’ll have to piss and check my hair and outfit in the bathroom mirror.

Do not miss the commercials. At all. Outside of the halftime show, they are the best (and gayest) thing happening. Miss the commercials, and you’ll miss Calvin Klein’s first-ever ad. It’s packed with hot guys in underwear (Watch a teaser below). Keep an eye out for that hot new Diet Coke guy too. Hit the bar and the head during the game. 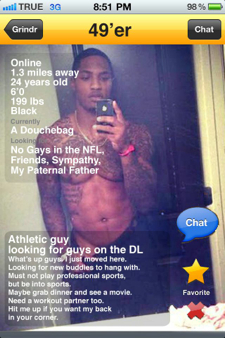 I’ve heard that some of these players are hot. Whose package should I check out?

Start at the top of the roster. The tattooed and muscular 49ers quarterback, Colin Kaepernick, should hold your attention (second photo). If your tastes fall more to average guy cute, there’s Ravens QB Joe Flacco. Ravens defensive back Bernard Pollard likes to parade around nekkid, but he’s an acquired taste. The backup quarterback for the 49ers, Alex Smith, looks pretty hot jumping shirtless into an ice bath (fourth photo). Tight end Garrett Celek lives up to his position, and Chad Hall and Patrick Willis are worth some glances, too. There’s also rookie kicked Justin Tucker, who likes to adjust his junk, and Dennis Pitta.

But isn’t there some Super Bowl jock who takes Grindr pics of himself in the bathroom?

That’s 49ers cornerback Chris Culliver, who likes to strip down and shoot really gay pics of himself with his smartphone. But he’s not a gay. And this week he made headlines for saying that the NFL is no place for gay players. Then he offered a half-assed apology, the team rejected the comments and the gays fired back with a faked Grindr meme (third photo).

Screw the haters. Why should I waste time watching a game full of jocks that eat Chick-fil-A and hate the gays?

Because they’re hot. And better yet, some of the players support LGBT equality. Beefy Ravens linebacker Brendon Ayanbadejo has led the charge in favor of gay equality and 49ers Coach Jim Harbaugh has called Culliver’s words “hurtful and ugly.” The 49ers were the first NFL team to shoot a video for the anti-bullying It Gets Better Project. At least until the campaign pulled the video in the wake of Culliver’s comments. Yet, some of their players don’t mind talking about the gays. 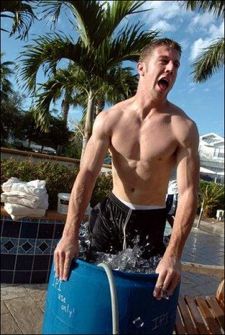 Ok, ok. I’m convinced. What are my options for watching Sunday’s game with my bros in gay Atlanta?

Most every gay bar and restaurant will show the game in some form or fashion. But several places offer specific events tailored to the occasion. Start with the gay flag football league, which is hosting its Super Bowl Throwdown (and league signups) at Ten. Of course, the city’s only gay sports bar is a good choice, too. Woofs is throwing a Super Bowl Party. And the ladies know how to party, with My Sister’s Room wrapping its Super Bowl Mardi Gras Party into one of the gayest holidays of the year.

The gay-owned Las Margaritas is also making a play for gay sports fans, offering a renovated and expanded bar, nine flat screens and 25-cent wings for its Super Bowl Sunday.