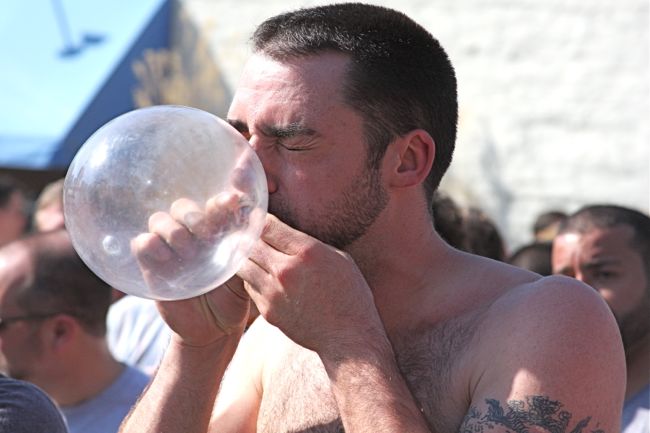 A study of about 500 gay men in New York City shows that gay men packing more heat have trouble finding a condom that fits just right. Without it, there may be slips, failures and a reluctance to use condoms. Or as researchers at Hunter College’s Center for HIV Educational Studies & Training put it with their study, it may mean gay men with above average dicks are at greater risk for engaging in unprotected sex. And that’s never a good thing.

“Studies like this allow us to better understand sexual health and risk so that we can address effectively the health needs of gay and bisexual men,” says CHEST director Dr. Jeffrey Parsons.

Results of the study, which appears in the February issue of Archives of Sexual Behavior:

• Nearly half of men reported condom slippage during sex.

?• Almost one-third reported condom breakage in the past three months.?

• Some reported they had unprotected sex because they could not find condoms that comfortably fit.?

• Less than 40 percent of respondents said it was “easy” to find a condom that fits.

Researchers say the problem could be addressed, in part, through HIV prevention efforts that stock their officers and gay bars with condoms.

“These findings indicate that the fit of a condom matters,” says Dr. Christian Grov, the study’s lead author. “A client at an HIV service agency might see a bowl filled with ‘standard’ condoms and have to ask a provider if they have other sizes available. That extra step could make the difference between someone leaving with a condom—the right condom—or going home empty handed.”

So yes, some gay men really need condoms that can do this.