Your gay guide to New Year’s Eve in Atlanta

Never ones to disappoint when it comes to throwing down a special occasion, Atlanta’s gay bars offer more than 20 options for you to to shower confetti all over the floor and sweep 2009 out the door.

With an economy in the toilet and a new president full of hope, we knew going in that 2009 was going to be tough. For many of us, the year lived up to those expectations–and then some.

Yes, there were some victories, but let’s face it: overall, the oncoming light of New Year’s Eve simply couldn’t come fast enough. 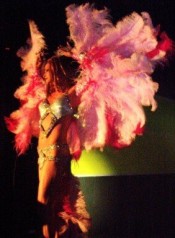 LGBT Atlanta shakes off the losses, shakes up the victories, and shakes its booty into 2010 with parties Thursday that kick off a whole weekend of mayhem and merriment. Be sure to click on these links for details on the ones you’re interested in–and for prices, from free to $50 a head.

BIG NIGHT
Two of this year’s biggest New Year’s Eve Parties are new. The Queens of 2010 drag-stravagana features DJ Jay McCraken (top photo) on the tables, plus MCs Jealouse & Alexandria Martin hosting some of Atlanta’s top performers, including Lady Shabazz, Nicole Paige Brooks (second photo), Destiny Brooks, Savannah Leigh, Heather Daniels and many more at the 595 North venue formerly known as the Masquerade. Be sure you buy your tickets early for this one.

And red-hot is the only way to describe what’s going on at the Heretic. The usual Thursday night Papi’s Café Con Leche Latin Night goes bananas with the first of two appearances in a DJ Eddie Baez Double Header (third photo) that brings you nine hours of non-stop dance beats. Baez’s second show takes place at the Bodyshop, and sadly, the early a.m. set is the beginning of the end for that afterhours establishment.

Yup, you heard it here first: the Bodyshop closes after an amazing weekend of late-night entertainment to remind us what we’ll be missing. Keep your eye on Project Q Atlanta for a story about the end of another era in Atlanta nightlife with parties on Friday with DJ Rick Walsh and Saturday’s “Last Dance” party with DJ Lydia Prim.

Speaking of closure, New Year’s is also the swan song for the Stage Door in Tucker. Ring in the new year and ring out the era of this bar’s weekly fun and friendly gatherings with the final Premier Thursdays show.

LADIES’ NIGHT
Speaking of special interests, we’ve also identified three events that may be of particular interest to the women who love women in our community. 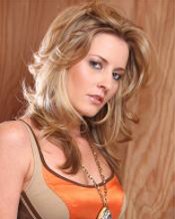 TraxxGirls, the party people behind many of Atlanta’s most talked about black lesbian events, hosts the seven-hour Red Carpet Affair at the Atrium in Stone Mountain. Look for Travis Porter performing live, complimentary champagne toast, and a free breakfast at 4 a.m. to send you home full.

Also on tap are two—count ‘em, 7 p.m. and 10 p.m.—performances by Atlanta’s own lesbian icon, Michelle Malone at Eddie’s Attic.

ALSO OPEN AND POURING
You know you’re going to get a packed house, free champagne at midnight and an evening full of treats at every gay bar in town. Be sure to see what’s shakin’ at four of Atlanta’s most popular clubs: Blake’s, Burkhart’s, Woofs and Mixx Atlanta.

NEW YEAR’S DAY
With the holiday falling on a weekend, this year, you know the bars and clubs would never leave you wanting for more on Friday and Saturday night either. Click those days for a preview of what’s going on–including a couple that open at 6 a.m. on Jan. 1–and look for a more detailed upcoming post just about the celebrations on New Year’s Day and Jan. 2.