Among the 284 photo albums we published in 2010 -- that’s a lot of pics, girl -- there were a few recurring themes among your most popular. Your favorites typically included at least one of the following: Hunks, a pool, swimsuits or water. Here’s our recap of the photo albums you made the most popular of the year. You’re a tawdry mess, but we still love you. Most of your faves were charity events anyway. 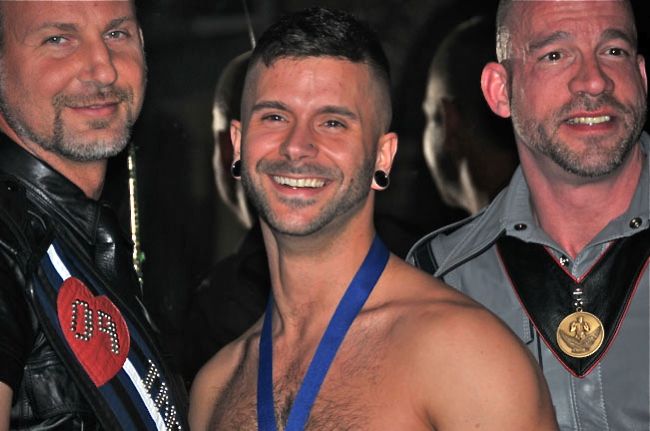 10. Mr. Atlanta Eagle Contest: Stick Chandler Bearden in a harness in April and is it any surprise this album proved so popular? 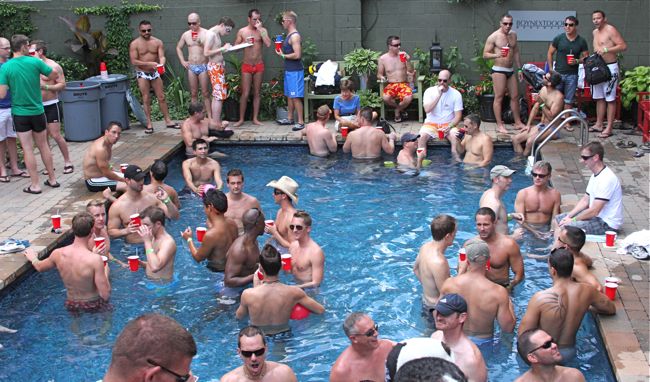 9. Splish 2010 Benefitting GLAAD: The Atlanta chapter of the Gay & Lesbian Alliance Against Defamation held a poolside fundraiser in June. We’re not sure who proved more popular – Mary Norwood, the Caliber Models or the drag queens. 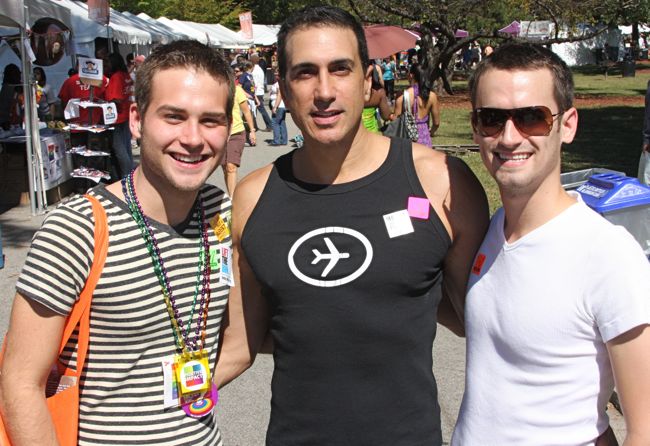 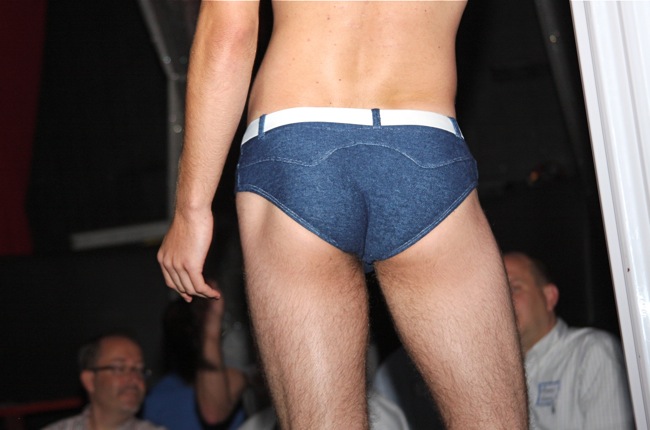 7. Swim 2010 with Atlanta Executive Network: The gay business group took a decidedly Not Safe for Work approach to this May event, parading models in the latest pool fashions up and down the runway. 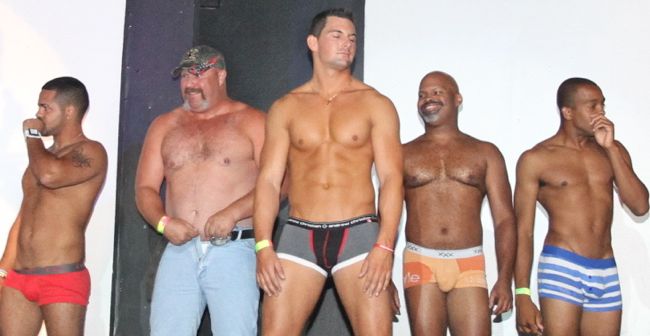 6. Big Peach Softball Registration Party: This annual tournament from the Hotlanta Softball League shows that not all of the fun happens on the field. Their July 2 opening event proved quite popular. Maybe it was the underwear contest. 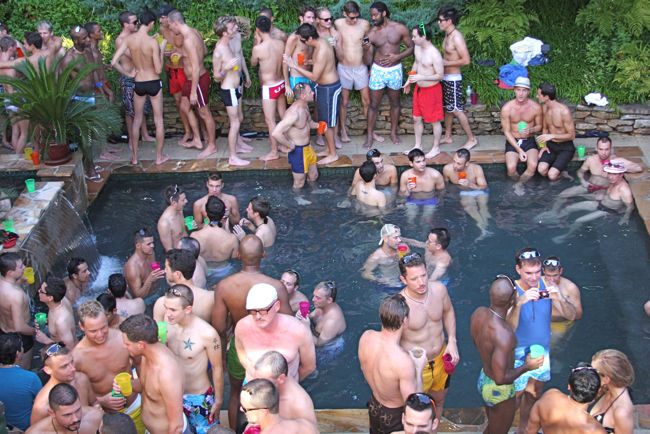 5. AID Atlanta Pool Party Fundraiser: Back to the pool for charity. This edition of hunky gay soup took place in July at a tony Buckhead residence. 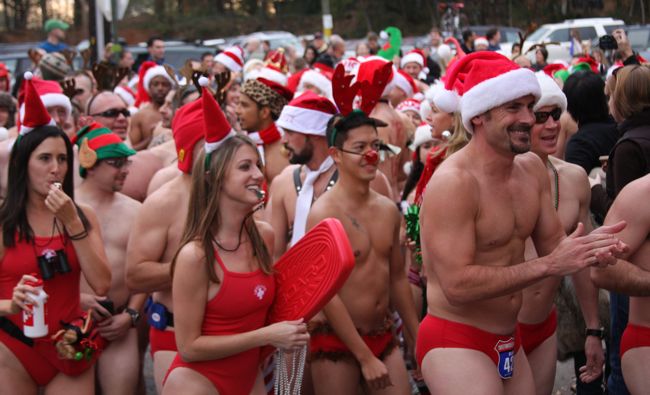 4. 2n Annual Atlanta Santa Speedo Run: Oh, my. Guys (and more than a few girls) packed into Speedos to raise money for charity by running through the streets of Poncey-Highland in mid December. Plenty of Christmas packages. 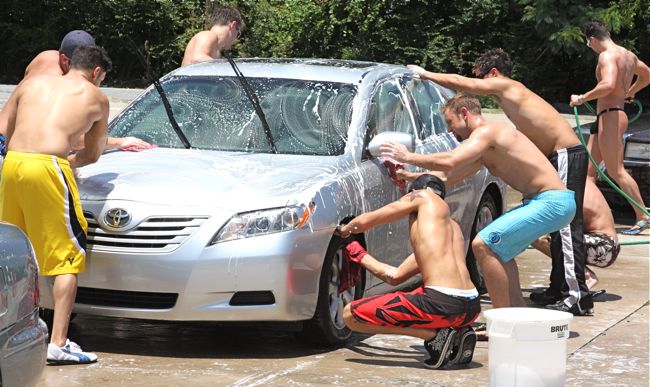 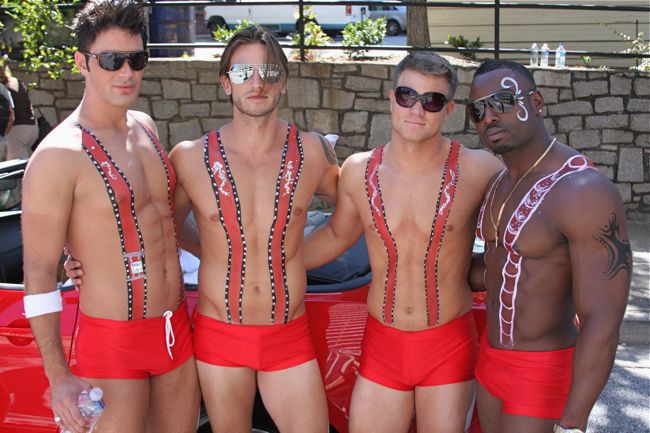 2. Hunks of Atlanta Pride 2010: We made it easy for you. We pulled the best of the hunky bunch from the hundreds and hundreds of Pride photos we published in October and created one stop viewing to see the very best in male flesh. You seemed to like that. We’re not surprised. 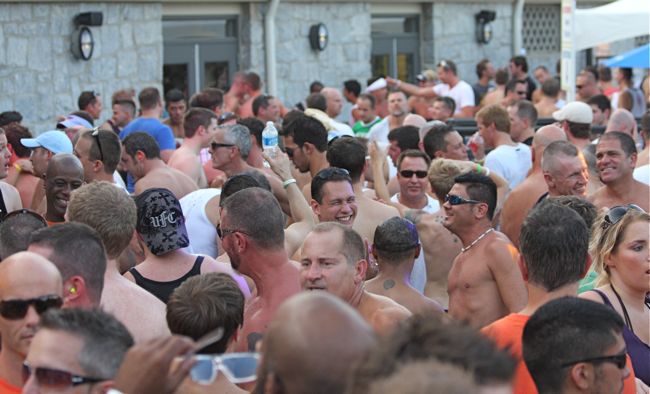 1. Joining Hearts 23: Splash: This combined all of the magic ingredients -- hunks, a pool, swimsuits and water. A sold-out Joining Hearts event in late July meant more than a thousand people poolside at Piedmont Park helping to raise $125,000 for two HIV non-profits. It also meant scores of pics of well-toned hunks parading about, drinking, splashing and posing for photos.