You’ll laugh at this ducky take on homophobia 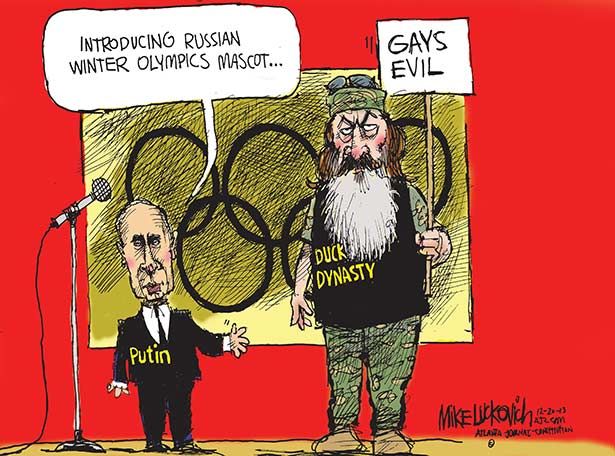 Finding the funny in the anti-gay babble of Vladimir Putin and “Duck Dynasty's” Phil Robertson and then crafting a blistering takedown requires talent. The Atlanta Journal-Constitution's Mike Luckovich proves up to the task.

He synthesizes two big stories–Putin's anti-gay Olympics and Robertson's homophobic musings–into one comedic slam in his Friday cartoon for the media outlet. It's as funny as it is biting. No wonder this guy has a Pulitzer.

But anticipating an incendiary reaction, the AJC closed its comments for Friday's cartoon, no doubt short-circuiting what would have been a thoughtful discussion about the merits of free speech, commerce and what the Bible really says about homosexuality.