You can help this Grindr movie come to life 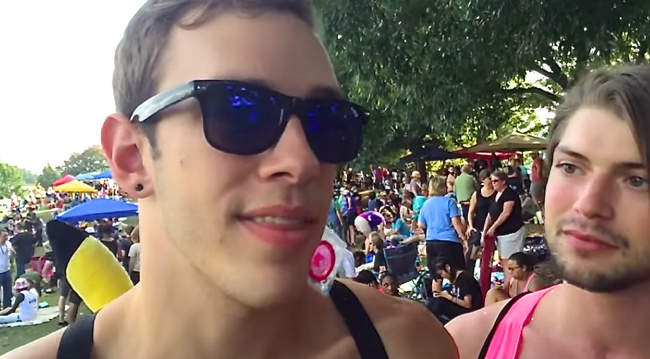 If you’re one of those film buffs who rolls his eyes at documentaries, this project might change your mind. How’d you like to see a gay movie about a real-life Grindr hookup? Thought so.

If gay filmmaker Parthiban Shanmugam has his way, that’s exactly what you’ll get in his upcoming “Men of a Certain Age.” The documentary follows an Atlanta gay man through the trials and tribulations you've come to expect of gay life on film, but with a twist on gay movies that you may be used to. That said, the story isn’t unfamiliar in real life.

The discrimination our hero experiences comes from his fellow gay men when they find out the budding young age of his 20-something Grindr hookup-turned-boyfriend. The movie is about “what it really means to be an older gay man and how stereotypes limit and destroy culture,” Shanmugam says in his pitch for the film.

It’s the story of Raymond, a Gay older man from East Atlanta suburbs, ridiculed for dating a young man from Grindr app, whose journeys explores his “true identity.”

He hangs out with his best friend and gets ridiculed by everyone. During which, he falls in love with a younger man whom he met in the gay dating app. Non of his friends ever seen him or met with him but Raymond always talks about him. Everyone thinks Raymond has imaginary boyfriend.

It’s a Romeo and Romeo love story in Grindr app and is semi-autobiographical.

The titular age difference in “Men of a Certain Age”? Raymond drops it in the video pitch for the film above. “He’s 24, and I’m not… I’m 67. We really like each other, but my friends all think it’s awful.”

With $5,000 spent and footage already in the can, the filmmakers seek another $5,000 from crowdfunding to bring the Grindr-come-to-life saga to fruition. That’s where you come in. An Indiegogo campaign is collecting donations and offering rewards from a place in the credits to t-shirts and hoodies, from filmmaker hangouts to premiere parties.

With a fulltime film studio as the ultimate goal, the producers say that your help can go beyond this project to make films that have real social impact.

We want to be a film company that specializes in meaningful social and political projects. However, we wanted to tell this story (a inter personal drama) because it's something we're passionate about and know it's very much needed. …

We want to offer you a chance to be part of this movement. Join us and be part of a cultural impact and help create a better future for LGBT people in America. For all people. Right now.

See? Sometimes Grindr can change the world. Or not.