You can call Ari Gold ‘Sir’ at Atlanta Pride 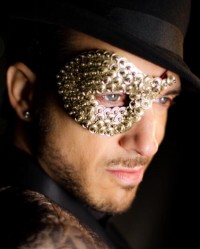 Ari Gold on his knees in front of a drag queen is just one of the images that popped up in our conversation with the sexy singer as he prepped his trek to headline Atlanta Pride’s weekend-long stage roster. You see, when you’re knighted by the Imperial Court of New York, the 25-year-old human rights charitable organization that models itself after the British royal court system of lords, ladies, dukes and duchesses – with tongues in cheeks and an added big gay flourish – you kneel for the honor. “When my own community gives me that kind of honor and respect, I take it seriously,” says the now Sir Ari Gold. “When you look at it like that and how committed I am to LGBT rights, kneeling down and being knighted by a drag queen means more to me than being knighted by the Queen of England herself.” But Gold (photos) has a serious side, too, and that duality is just one example in which Gold explores two sides of his personal coin, like growing up an Orthodox Jew and knowing he was gay, and like his latest album release, “Sir Ari: Between the Spirit & the Flesh” (middle photo). He’ll offer up himself and a juicy taste of the album when he hits the Pride stage on Sunday night 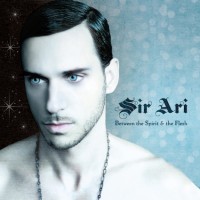 Gold, whose body and body of work have been making an impression on gay America for over a decade, says he’s practically “the gay pride poster boy” because he’s performed at so many Pride festivals. He gained further notoriety when made national headlines this year after a bus driver ordered him and his boyfriend to the back of the bus for hand-holding, a case they fought and won. In a candid conversation, we asked Gold about the aftermath of that drama, how his many dualities manifest in his music, and what to expect during Sunday’s peformance. Did you struggle reconciling being Orthodox and gay? It absolutely has had a great impact on me. There are so many people in this country who grew up religious and gay – whether that’s Christian, Muslim or Jewish like me – and it’s definitely a big conflict. It was absolutely part of my impetus to come out of the box as an openly gay man on my first album in 2000, because it was very important to me to be proud of where I came from and who I was as a gay man as well. From the very beginning, all of my albums really embrace and explore gay rights in one way or another. At the time, there wasn’t anybody doing that in such a public way. You’ll see the juxtaposition of religion and sexuality even today and at Pride this weekend. “Bashert (Meant To Be)” is a song I’ve had the distinct honor of singing at several gay and lesbian weddings, and it’s the only ballad I’ll sing at Pride. “My favorite Religion” explores struggle and journey with trying to find myself and defining my spirituality, and I think finding oneself is something everyone can relate to, finding your spiritual center, even if it’s not in a religious context. I’m very excited to come to Atlanta and perform some of the new material, including the new singles “Sparkle” featuring the fabulous Miss Sarah Dash and “Make My Body Rock” . 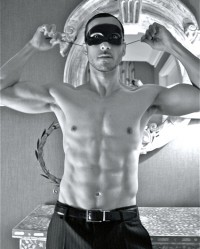 Does a Pride performance mean anything more to you than concerts at other venues? At this point, you can pretty much call me the gay pride poster boy because I’ve done so many. It’s a huge pleasure. Even though I think my music and message is universal, I’ve always first and foremost cared about the gay community. The LGBT community needs to have themselves reflected back more than any other marginalized group at this point in history. So showing people that you can be whoever you want to be and whatever you want to be is the greatest thrill. What’s the message behind “Between the Spirit & the Flesh”? I feel like the title encapsulates what I was going through, torn between my spirituality and my more fleshly desires. The album’s really about that conflict and balance. Basically, every song expresses one side or the other or both and the struggle. Speaking of struggles, how has the whole back-of-the-bus experience ultimately impacted your outlook? I’m very grateful in 2011 that there are organizations like Lambda Legal that one can go to, because there as a time when they weren’t around. Because I already have a platform to advocate for gay rights, it allowed the story to become viral and really get the word out. Those things happen all the time to people who aren’t in the public eye, and we don’t necessarily hear about it. I had to do something about it. It was almost too much of a coincidence that it would happen to me. I was conscious the whole time that I didn’t react in a way that would raise questions about the wrongness of what the driver was doing. I stood my ground but remained calm. There were a few weeks after that that even as a really proud person, it really shook me. But I was able to let that go, and it only strengthened my passion for LGBT rights, and I’m actually really grateful that I was able to make some real change in a corporation that might hopefully make change in the larger corporate structure with training and policies. So is it true that you're working on an autobiographical musical? How’s that coming, and what can we expect? [Laughs] Yes, I can confirm that. In fact, I was just working on it when you called. It’s definitely still in the development stages, and I don’t know exactly which parts of my life it will encompass. Definitely parts of my childhood, but whether or not thingslike the bus experience get in there, I just don’t know yet. What I can say is that I call it an “autobiographical homotheatrical multi-media musical” about my life as an Orthodox Jew in show business and being a "homofessional gay-lebrity." Where it goes from there is yet to be determined. Ari Gold performs at Atlanta Pride on Sunday, Oct. 9 at 6:15 p.m. before the annual Starlight Cabaret.