Yelp names Woofs one of best gay bars in America 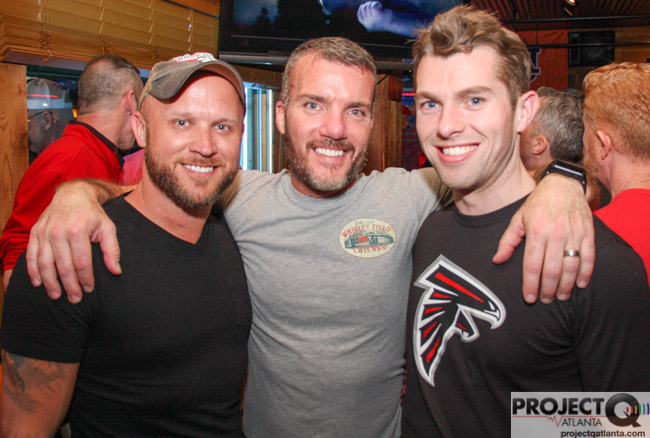 The daddies, bears and jocks of Woofs just earned a special place in gay Atlanta nightlife. The sports bar on Piedmont Road was named among the best 50 gay bars in the U.S.

The honor comes courtesy of Yelp, which worked with Buzzfeed to identify the most popular gay bars across the country. Yelp compiled its list using an algorithm that incorporates star ratings and the number of reviews for each venue.

Bar 1 in Phoenix took the top spot with Woofs coming in at 12th. Via Buzzfeed:

“It's a gay 'bear' bar, but you can come as you are. Non-pretentious atmosphere and moderately priced drinks. Overall a very good place to unwind on a Friday after work.” —Yelper Rashaud B.

Gay Atlanta has been blessed with many Best Bars over the years, including Blake's, Eagle, Ten, Mary's, Heretic, My Sister's Room and Sister Louisa's Church.

But the accolades keep coming for Woofs. It's a finalist in the Georgia Voice Best of Atlanta awards in two categories – Bar Food and To Meet Men. And the events keep coming, too. Woofs hosts Push Ups For Pals on Saturday, a Hotlanta Softball beer bust on Sunday and DILF Night on June 24. Oh those daddies!