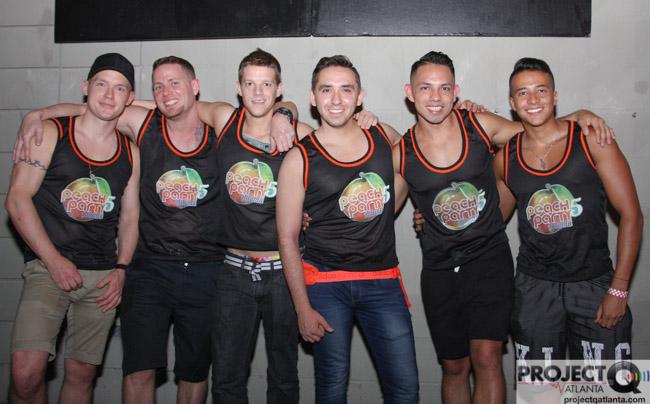 An anonymous tip led Atlanta police to shut down Xion, but the organizer of the after-hours event said it returns this weekend as part of the popular Peach Party celebration.

The Atlanta Police Department's license and permits unit closed Xion on Saturday, not long after its 3 a.m. opening. Xion hosts weekly events in the expansive basement of BJ Roosters on Cheshire Bridge Road. Police said organizers of the event did not have a business license, so they couldn't host the party.

“You would not know the club was there unless someone told us it existed,” said Sgt. Warren Pickard, an Atlanta police spokesperson. “We did not discover it on our own. They are operating in the basement of a legitimate club and they do not have a permit to do so.”

Pickard said about 20 people were inside when officers arrived to investigate the tip. No one was arrested and the investigation is continuing, Pickard said.

Keith Young of GA Boy Productions, which hosts Xion and the annual Peach Party, said officers issued a citation to him alleging that he was operating a nightclub without a business license. But Young said he does have a business license and liability insurance – all the paperwork he needs to host Xion in a venue with a restaurant license. BJ's is licensed as a restaurant, which means it can host events after the city's 3 a.m. last call as long as they don't serve alcohol.

“I have a business license,” Young said. “It was really a big misunderstanding on all parts.”

Investigators also said the venue needs an occupancy permit for the basement, Young said. And BJ's co-owner Bobby Hamill said they have to make adjustments to an exit and exit signs to host events in the basement when the upstairs portion is closed.

For now, Young said, Xion's weekly parties on Fridays and Saturdays are on hold. But they will continue this weekend as part of Peach Party, a three-night summer celebration with events at Heretic, Jungle and Ten. Xion – set for Saturday with Dee Martello and Sunday with Alex Acosta – is moving to a venue on Tula Street in Buckhead.

“I'm really concentrating on getting this weekend done,” Young said.

Ticket sales are strong, he added, and despite the last-minute hurdles Peach Party opens Friday with Phil B. at Heretic. On Saturday, the party shifts to Jungle with Paulo and a special performance by Phoenix. On Sunday, the day starts with Josh Whitaker at Ten as part of its Stonewall Pride Block Party weekend and returns to Jungle with Abel later that night.

Mix in Xion, and Peach Party delivers a nearly round-the-clock weekend of music and dancing.

“I think it's going to be a pretty crazy weekend in the gayborhood,” Young said.