Wussy needs your help to create a queer new home 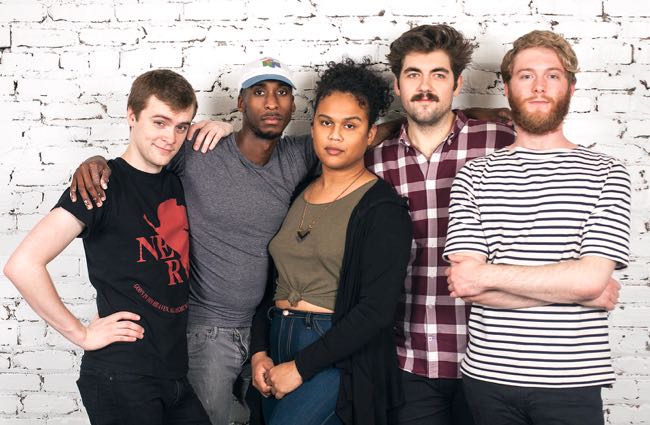 When they’re not throwing the queerest prom in Atlanta or giving us an edgy look at Atlanta life, the group behind Wussy is working on turning their growing presence into an actual physical space.

That’s part of the purpose behind the group’s newest endeavor, Bent Studios (second photo). This production studio is being designed by Wussy to serve as a creative think space for Atlanta’s LGBTQ artists and activists, as well as the official headquarters for Wussy itself.

And they need your help.

Wussy is in the final days of an Indiegogo campaign that will help raise funds for Bent Studios. Some 34 people have donated about $2,500 since the campaign launched. Organizers hope to raise $25,000 before the effort ends in four days.

The fundraising is part of a big year for Wussy, which is also preparing to publish both their second physical volume and a new biweekly publication, Wussy Rag. We spoke with Wussy Editor-In-Chief Jon Dean about what to expect from Bent Studios and Wussy. 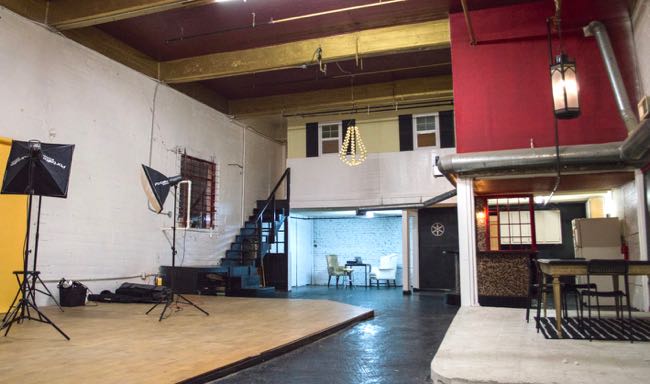 For our readers who maybe aren’t completely aware, what is Wussy?

Wussy started about two years ago as a creative think tank for many Southern + Queer writers and artists to express themselves and be a part of the conversation. Our aim is to encourage the discussion of queer culture, art, and politics through original content and regular nightlife and arts events. There are many queer voices out there who are still fighting to be heard, and it is our hope that we can provide resources or an outlet for them.

What led to the push for Bent Studios? What is your goal for it?

The idea for Bent originally came from Wussy’s growing need for an office and gathering space. Many of our contributors are also artists, photographers and graphic designers who needed physical studio space to spread out and complete projects. With all of these condos and mixed-use developments continuing to pop up across the city, we are quickly losing access to DIY spaces. These kinds of resources are crucial for young queer people, who often lack the funds or the connections to exhibit or fully realize their creative projects.

We came across this very cool loft/warehouse spot located in Adair Park and knew this was the perfect space for Bent.

In addition to being Wussy HQ, the goal is also to provide affordable studio workspace for Atlanta’s creative community. We’ve already got a couple of awesome photographers who are part of our monthly studio-share program, but we are looking for more. We’re also planning to host monthly gallery shows and workshops once we get a little bit more settled in.

What led you to start this fundraiser for Bent?

Right now, the website doesn’t generate an income for the dedicated team of contributors. Over the last two years, many of our expenses have come out-of-pocket or through the events we throw around town.

We’ve got a lot of startup costs that need to be covered before we can rent out the space to more artists.

What will the proceeds of the fundraiser actually do?

Donations will go directly towards the cost of insurance, building materials, lighting and studio equipment, tables, chairs, signage, and general operating expenses. We are hoping to raise enough to build a CVC wall for studio shoots, as well as a couple of movable walls for gallery shows.

Wussy readers can preorder Wussy Vol 2: The Fight Issue by donating $20 to our campaign. Other donation levels offer buttons, t-shirts, a custom photoshoot, or a ticket to our VIP party.

For its long-term success, how do you plan for Bent to sustain itself financially?

Much of our costs can be covered by renting out the space to fellow artists. We offer hourly, daily, and monthly rates to use the space in a variety of different ways. We offer in-house creative services such as photography, creative direction, a soundproof recording room, graphic design, and web design.

The upcoming Wussy Rag will generate enough income with ad space to help us pay contributors and alleviate some of the costs of printing and office space.

Aside from Bent, where is Wussy heading in 2017 and beyond?

In addition to our quarterly boutique literary/arts zine, we will soon begin releasing a biweekly Wussy Rag. The Rag will spotlight Atlanta artists and events, with a mix of cutting think pieces and essays people have come to expect from Wussy. Our writing editor, Nicholas Goodly, has started a series of literary reading events and workshops called Loudspeaker. We’ve also got our annual events like Hogtied and Wussy Prom already in the works this year.

If you’re in need of studio or office space – whether hourly, daily, or monthly – please reach out to us at [email protected]