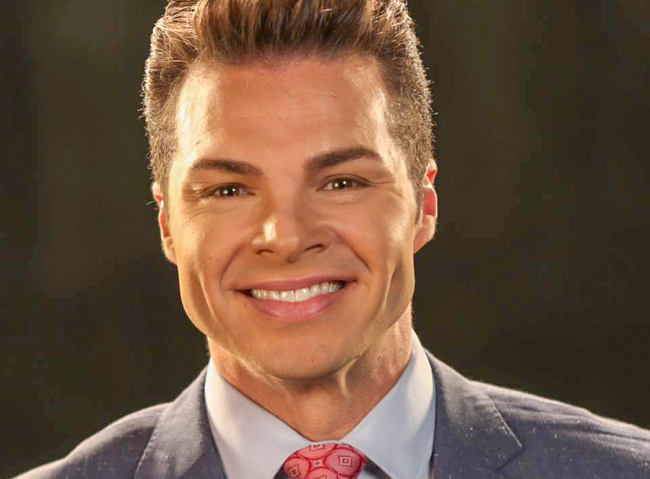 WSB-TV has hired popular Orlando-based anchor Jorge Estevez to join the station as an evening anchor starting in January.

Estevez is the station’s first openly gay anchor, according to the AJC. He will also be WSB-TV’s second Latinx anchor. Estevez replaces Craig Lucie, who left WSB-TV in August to start his own public relations firm.

“From what I am learning about Atlanta, it is an incredible place with so many stories to tell,” he wrote. “It is a diverse community all working towards the same goal: to make Atlanta a great place to live, work, and raise a family. I am so fortunate that I am about to become a part of that growing community.”

Estevez also recalled the mass shooting in 2016 at the gay nightclub Pulse, a tragedy he covered while working for WFTV

“I remember standing on the steps of the Lake Eola amphitheater when 50,000 of you gathered around the lake a week after that mass shooting to hold a memorial and to just be together,” he wrote in the social media post last week. “I could not believe that together, we were able to guide ourselves through that moment.”

Estevez wasn’t out during his first stint with WFTV from 2001 to 2006, according to a 2017 interview with the LGBTQ media outlet Watermark. He moved to Miami to work for a CBS station for six years, then returned to WFTV out and proud in 2012.

“The reaction has been incredible,” he said. “It warms my insides. It makes me tear up. It makes me realize how fortunate I am to be living in today’s day and age after what so many of our brothers, sisters, allies and politicians went through for decades to get us here.”

The readers of Watermark voted him the winner of several awards in 2017. In September of this year, he started a WFTV podcast focused on LGBTQ issues.

“I will be trading in Lake Eola Park for Piedmont Park in the heart of Midtown Atlanta,” he wrote. “I will be running along Peachtree Street instead of Colonial Drive and driving on the connector instead of Interstate 4.”

At WSB, Estevez joins gay meteorologist Brian Monahan and anchors with a long history of hosting and appearing at HIV and LGBTQ events.

Atlanta lost an LGBTQ anchor earlier this year. CBS46's Thomas Roberts quit the station in September, just over a year after joining, and the station dropped gay morning anchor Brandon Rudat in 2014. Gay weather anchor Sam Champion was based in Atlanta until 2016 when he was pushed out at Weather Channel.