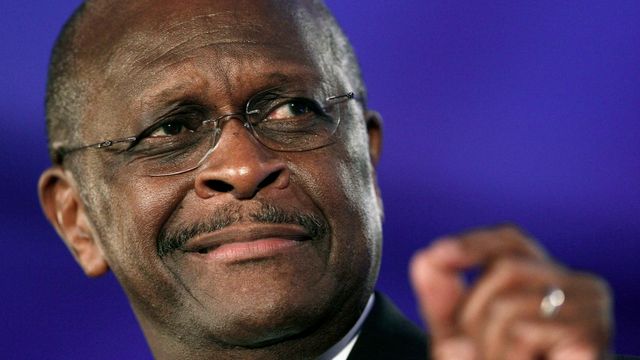 The sometimes offensive, but often Libertarian on the gays WSB radio host Neal Boortz is retiring. Finally. But the powerhouse Atlanta station is handing over his mic and national megaphone to Herman Cain and his anti-gay express.

Boortz is stepping aside after 42 years in talk radio and becoming the dominant gabber in metro Atlanta. He lends a Libertarian bent to the ultra conservative lineup of WSB that also includes Sean Hannity, Eric Erickson, Allen Hunt and, at times, Michael Savage. He hasn’t always followed the anti-gay bent of other conservatives, though, mocking the GOP for its affair with the “gay agenda.” But he’s not always comforting to teens struggling with their sexual orientation, either.

But when it comes to spouting off anti-gay views, Boortz certainly isn’t Cain. His failed presidential campaign this year was a trip back through the 1990s of anti-gay rhetoric. Fire up the media monitors, GLAAD. You’ll need them when Cain takes over on Jan. 21. (UPDATE: Take notice, HRC. Cox Enterprises, the parent of WSB, routinely ranks among the highest-scoring companies on your Corporate Equality Index and sponsors the HRC dinner in Atlanta.)

Cain unleashes the worst among anti-gay bigots, which is why he’s so dangerous for the gays. He makes non-gay Georgians proud, but the rest? Not so much. Cain may like his men as meaty tops and had a campaign with a messy gay sex scandal, but proclaims that gays can wash away their gay, Obama should be impeached for not defending DOMA and that gays choose to be sinners.

He’s also an apologist for Republicans who favor keeping the military’s gays in the closet.

WSB doesn’t seem to mind their appointing Cain as the station’s new Bigot-in-Chief. He might even give Tanya Ditty a run for her title.

“Herman Cain is the logical successor for Neal. He is very well known, passionate about his beliefs, not afraid to speak his mind and our listeners have shown they love him,” Dan Kearney, vice president and market manager of WSB, says in a prepared statement. “We’re thrilled at his return.”