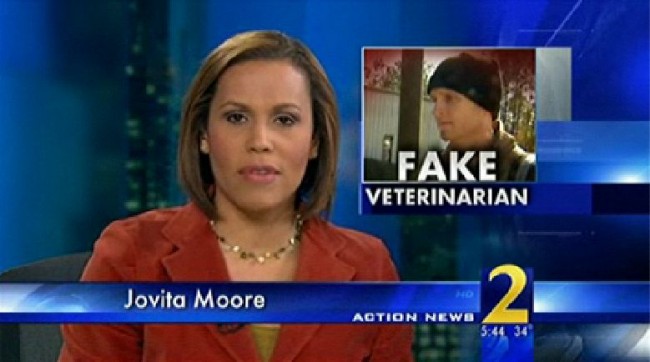 A gay man with ties to Atlanta faces a criminal investigation after a “close friend” tipped off WSB TV, who exposed the allegedly fraudulent credentials he used to land a job as a veterinarian with the U.S. Department of Agriculture.

WSB TV aired its investigative report on Wednesday, but their digging into the background of Tim Holt (photo) led the former Midtown resident to resign his post as district veterinary medical specialist with the USDA’s Atlanta operations where he worked in its food safety and inspection service. The report aired after David Cantrell — WSB calls him a “close friend” of Holt’s — tipped off the station when the USDA didn’t respond to his complaints.

Holt remained silent when confronted by a WSB reporter about the allegations, which are detailed at length in the more than three-minute report. (Watch the video.) 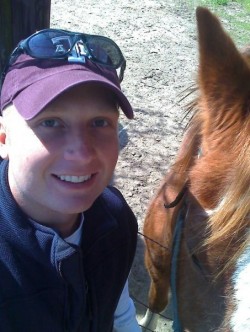 “I picked up on a few lies, not made to cover up anything, but they were just kind of compulsive lies.”

For the last four years, Holt worked as a veterinarian for the U.S. Department of Agriculture. Your tax dollars paid for him to supervise dozens of employees, and inspect food processing plants around Georgia to make sure the animals were healthy and the food supply safe.

“He’s never been to vet schools, he’s read book and gone to some seminars and listened,” Cantrell said. “I don’t know that you would feel safe if I were inspecting your food supply, and I’m just as qualified as he is.”

Ken Berkholtz recruits veterinarians for companies around the country. He got Tim Holt’s first resume for a job back in 2004. We asked him how many items on that resume were untrue. “The majority. Out of maybe 10 items, he probably lied on 8 of them.”

Now, according to the report, Holt faces a criminal investigation by the USDA’s office of inspector general and an end to his 16-year career as a veterinarian.

Cantrell called the USDA several times, but says no one wanted to hear the truth. So he called Channel 2. We shared his records with a criminal investigator. Now the federal agency won’t show us Holt’s job application, saying it would jeopardize their investigation.

“Once is a wake up call, oh my gosh I shouldn’t do this,” Cantrell said. “Twice is just brazen. Then to continue doing it? There’s no question he’s going to do it again.”