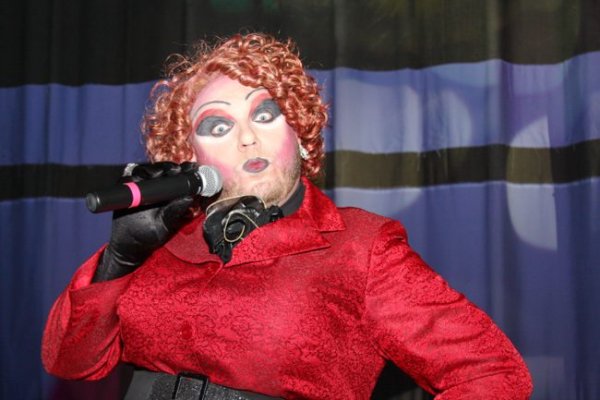 When we opened voting for the Bestest of the Best of Gay Atlanta on Friday, we knew that the write-in option might create a few grassroots campaigns to best the Bestest. We didn’t know this would mean war.

Our just-for-fun contest remains just that. The only goal is to celebrate the whole community with our Nov. 15 Bestest Bash when it’s all over. But in the spirit of friendly rivalry and fun competition, some write-in candidates are creating hotly contested races among the hundreds of votes cast so far.

Possible upsets are emerging in categories that were shutouts across the “Best of” GA Voice, David and Fenuxe contests. Atlanta Pride has some stiff competition for Bestest Community Event. AID Atlanta, Toy Party, and the Atlanta Bucks aren’t shoo-ins for their Bestest categories, either. Can you say Out On Film, MISTER Center, Joining Hearts, Lost N Found or Hotlanta Softball?

Always ones for a title, drag queens and their rabid fans are stirring up voting wars to be named the Bestest. Ruby Redd (photo) may be the “Best,” but will she become “The Bestest”? Like several stand-alone finalists, Redd won the polls across all local LGBT print media, but it appears that fans of other queens aren’t going to let her win without a battle.

In a less all-out throwdown way, close races and possible upsets are going down for individuals in our Bestest People & Community categories. Take the Bestest Male Activist or Advocate category. It’s too close to call with a write-in challenger neck-and-neck with two of the three finalists for the victory. Artists, musicians, performers and theater finalists in Bestest Arts & Entertainment are all in it to win it, too, as are some grassroots campaigners.

Who do you think should take the titles? The only way to influence the outcome is to go vote early and often through Nov. 12. You can also share the Bestest Ballot to sway voters via Facebook and Twitter. Then be sure to RSVP for the Bestest Bash, where win or lose, absolutely every L, G, B, T and/or allied S in Atlanta is invited to party with us.