Would you shack up at the ‘new’ Cheshire inn? 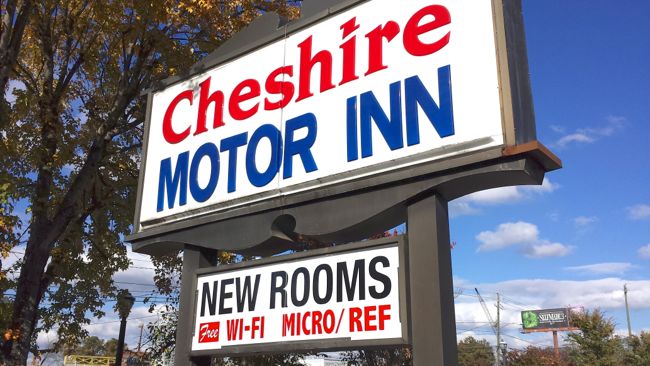 What would it take for you to rent a room at the place where gay relationships come and go by the hour? The Cheshire Motor Inn hopes its "new rooms" will do the trick.

The low-slung motel on Cheshire Bridge Road, with a freshened up sign, now promises Wi-Fi and "micro/ref" in its "new rooms" to go along with its longstanding reputation of open-door cruising, sex play, general skankiness and proximity to the strip's gloryholes. Charming.

Stayed here in September. The hotel says newly renovated but it only means new towels and sheets. The price was fair. The rooms are equipped with wi-fi. The cleaning ladies are friendly and helpful. Keep an open mind. If you get room 152 ask for another room. The toilet in this room does not always flush.

But it's got some work to do to overcome its reputation as a place where drunken booty calls end badly and online hook-ups turn into robbery. Or worse.

If you're not familiar with the motel behind the gay and gray Colonnade, the two queens below provide some play-by-play (with music!) for the towel-clad cruising.