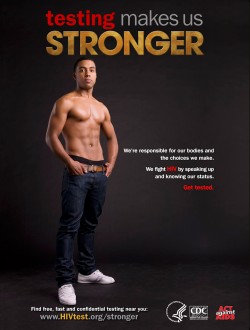 World AIDS Day on Dec. 1 always brings a fresh round of not-so-encouraging news about HIV and gay men. There’s some hope, too, thanks to optimistic federal heath officials in Atlanta, but let’s just get the bad stuff out of the way. Here goes.

In a sort of good doctor, bad doctor routine, the Atlanta-based Centers for Disease Control & Prevention delivered their disturbing stats on Tuesday.

• Of the nearly 1.2 million people living with HIV in the U.S., a slim 28 percent have a suppressed viral load. That means the virus is under control and at a level that keeps people healthy and drops the risk of infecting others.

• Black gay and bisexual men do not engage in riskier behaviors than other gay men, but face a higher risk for HIV thanks to the high prevalence of HIV that already exists in many black and gay communities. 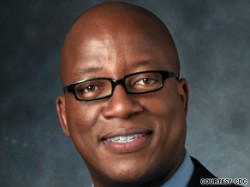 “Black gay and bisexual men across the country are already doing many of the right things to protect themselves – but more need to make HIV testing a regular part of their lives,” Fenton says Tuesday in a prepared statement.

Now, the good doctor stuff from the CDC. The federal health agency announced on Tuesday a new campaign targeting black gay and bisexual men to raise awareness of HIV in six cities, including Atlanta. Testing Makes Us Stronger encourages men to “stay strong and informed” through ads (image), a website, Facebook page and promotions at black gay pride events.

“Testing Makes Us Stronger was designed by black gay men for black gay men and strives to communicate the power of knowing your HIV status as a first step toward staying healthy,” Fenton says.

There’s also some hope in Georgia, despite the state being a leader in AIDS cases and Atlanta ranking No. 8 among U.S. cities for HIV cases. The state’s waiting list for its AIDS Drug Assistance Program has dropped to 1,525. It’s still the second-largest waiting list in the country for the program that provides HIV drugs to low-income people. But it’s down from 1,778 in September. Maybe the infusion of some $3 million in emergency funds to prop up the program – part of a recent $75 million cash drop into the state for HIV efforts – is having an impact.