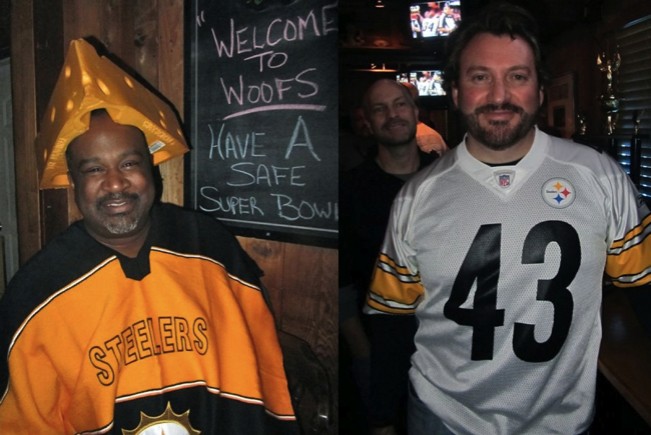 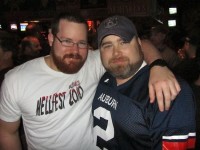 Atlanta’s first and only gay sports bar didn’t mind if you were a Steelers or Packers fan at their Super Bowl Sunday event, as long as you came to have a good time. All jerseys and bear hugs were welcome at Woofs Atlanta.

Some were as much fans of the Big Game as they were either team. In fact, at least one guy (top photo, left) wore both the Wisconsin cheesehead hat and a Steelers jersey. Clearly, he was just rooting for the team in the yellow pants.

From the first-half domination of the Packers to a resurgence by the Steelers in an effort to overcome deficits as high as 18 points, the Woofs crowd reveled in each other as much as the game. As the only gay sports bar in town, Woofs moved tables and made room for a large crowd, many of which even stayed after Green Bay took the Lombardi Trophy back to home turf to catch the special edition “Super Glee” episode. 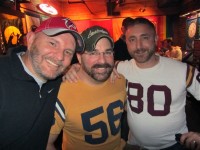 The gay of “Glee” and the rough-and-tumble nature of the game was a fitting combination for the one-of-a-kind establishment in gay Atlanta. Woofs opened in the 1,900-square-foot space in 2002 with a sports-all-the-time approach they’ve stayed true to ever since.

The bar’s 8th anniversary party in November proved the formula is working, and that the loyal patrons still love the idea of a place they can call their own.