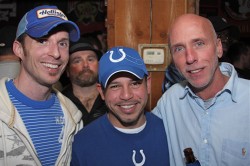 If you ever need evidence that the National Football League appeals to gay fans, look no further than Woofs on Super Bowl Sunday. So take that, Donny Deutsch.

The gay sports bar, which is nestled in a strip retail center on Piedmont Road in Buckhead, was wall-to-wall gay sports fans on Sunday. They were focused on the New Orleans Saints as they downed the favored Indianapolis Colts 31-17, enjoying the action on the field and the commercials surrounding it on the nearly 30 televisions stationed in the seven-year-old bar. 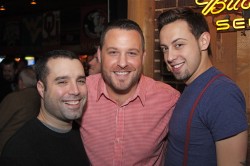 In other words, the 1,900-square-foot space was standing room only for Super Bowl XLIV as the beer flowed freely and fans noshed on a steady supply of the bar”s food offerings.

Deutsch, by the way, is the New York advertising maven who questioned why firms would want to use Super Bowl advertising to attract LGBT consumers, since gay men aren’t interested in the sporting event.

It’s hard to argue that it makes sense to reach a very targeted audience of gay males in America by advertising to this mass audience. So you can’t say with a straight face that that was a smart media buy, can ya?

So wrong, Donny. So wrong.