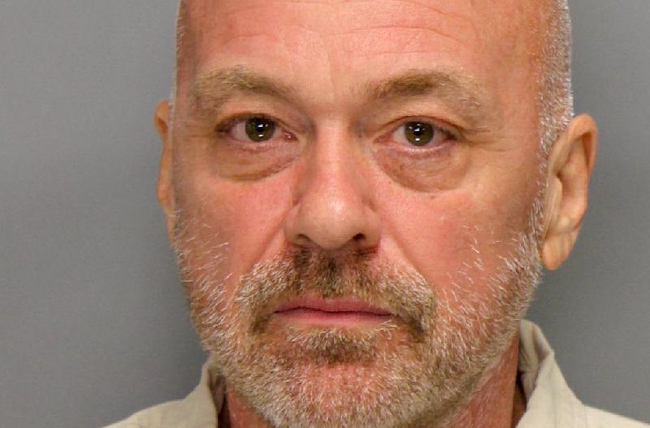 The business partner of a gay Cobb County man who was stabbed to death was arrested and charged in the killing – just days after another man was convicted of the murder.

A Cobb grand jury indicted Ross Byrne (photo), 54, on Thursday on murder charges in the death of Jerry Moore, 46, who was stabbed 32 times in January 2014. Investigators said Moore wanted out of the Woodstock bakery they co-owned and that Byrne conspired with Jonathan Wheeler to kill Moore.

A jury convicted Wheeler of Moore’s murder on Aug. 20 and a judge sentenced him to two consecutive life sentences in prison without parole.

The indictment said that Byrne and Moore were roommates for seven years. In 2008, they each invested $35,000 to open the Best Dang Bakery Around in Woodstock. Byrne ran the day-to-day operations while Moore managed the finances.

But tension began to mount between the two about Byrne’s spending habits.

“By January of 2014, any amicable relationship between [Moore] and [Byrne] had deteriorated,” the indictment said.

Considering the terms, “it is unlikely that [Byrne] would have been able to afford the proposed buyout of [Moore’s] partnership agreement,” the indictment said.

The original partnership agreement stated that upon the death of either Moore or Byrne, the interest of the deceased member would be transferred to the surviving member.

Wheeler briefly worked for Byrne at the bakery and investigators said “they maintained a close relationship” after he left the bakery. In 2014, Byrne, who by then had moved out of Moore’s house, and Wheeler allegedly conspired to rob and assault Moore. But Wheeler killed him.

Investigators said Byrne and Wheeler remained in contact by cell phone before, during and after the murder. Byrne also allegedly allowed Wheeler to clean himself and shower at Byrne’s house after the murder, and he provided him with a change of clothes.

After the murder, Byrne allegedly paid bills for both Wheeler and his cousin Cynthia Hope Wheeler, who was later convicted of helping Jonathan Wheeler clean the crime scene. Prosecutors in Jonathan Wheeler’s trial said the cousins were in a sexual relationship.

After the murder, Byrne also allegedly took Jonathan Wheeler on a trip to the Florida Keys at his expense and bought him a truck there that was ultimately returned.

Investigators said Byrne will be arraigned before Cobb County Superior Court Judge Mary Staley Clark in the next two to three weeks.