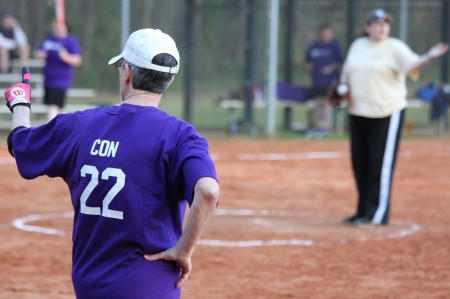 With a casual toss — after a practice session and some informal instruction — state Rep. Karla Drenner threw the ceremonial first pitch on Friday to open the third softball season for the Decatur Women’s Sports League. 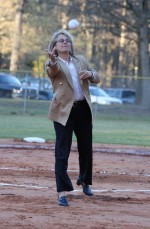 Several hours of softball commenced on two fields at Kelly C. Cofer Park in Tucker. The league continues play on Fridays for a season that stretches to late May. Drenner is the only openly gay member of the Georgia Legislature.

League founder Anne Barr was also on hand, as was Linda Ellis, the executive of the Atlanta Lesbian Health Initiative. The non-profit organization is a beneficiary of the league.

Since its inception, the Decatur Women’s Sports League has expanded to offer basketball, bowling, volleyball, tennis and badminton. The league’s badminton season opens March 30 and runs into mid May.