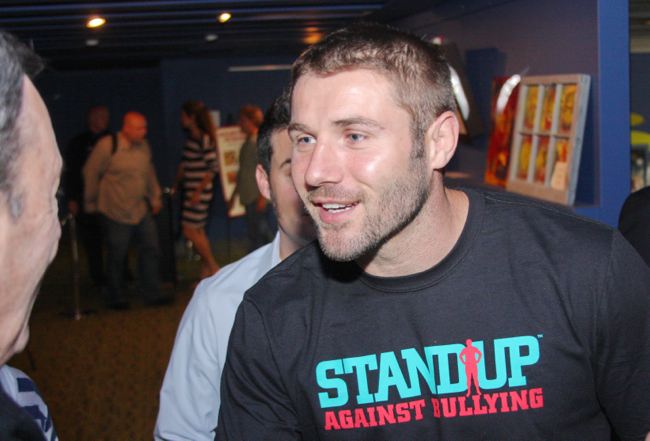 Rugby stud Ben Cohen, not content with just a gay outing to the movies earlier this month, returns to Atlanta for a fundraiser. Here’s your chance to win tickets to see him and enjoy an Atlanta Braves game.

Cohen is headlining a fundraiser on Wednesday for his StandUp Foundation. That’s the Atlanta-based organization he launched last year to combat bullying. And the Braves know a thing or two about bullying, thanks to their anti-bullying videos released last year in the wake of fallout over coach Roger McDowell’s anti-gay rants and sexually-suggestive gestures with a bat.

So the Braves are partnering with Cohen and StandUp on Wednesday for their second Out in the Stands event. More than 200 took part last year. We’ve got your chance at free tickets to both the special event with Cohen and the Braves game against the Arizona Diamondbacks. Now that’s a package any gay sports fan can appreciate.