Will Sheridan brings Brooklyn to ATL at the Lewk Party 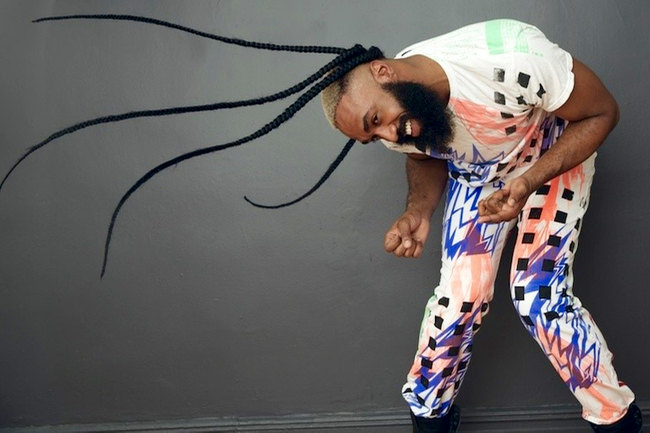 Turning a lewk rarely looks better! Here are five things you need to know about out former basketball star, current rabble rouser and sex symbol, and cool DJ Will Sheridan before the Lewk Party.

With Brooklyn as the longtime edgy epicenter of queer cool, it fits that Atlanta’s latest little jewel of a one-off event in Atlanta’s trendiest neighborhood comes directly from that particular burgh.

Look no further than LEWK on Thursday, March 8 for local cool kids and alternaqueers, a DJ with a viral gay backstory, one of Atlanta’s trendiest neighborhood spots, and club sounds from Hip Hop to Vogue. The party set featuring Will Sheridan hits The Deep End for one night and lacks just one thing: You, turning your fiercest Weekend Eve “lewk.”

We dove into the event for a taste and came up craving more. Here are the five facts you need to make it part of your week.

Before he was laying down “Baltmore Jersey Club” sounds, Brooklyn’s Will Sheridan was laying up basketballs, then laying out out critics as only the second Division I basketball player to come out, which he did at 26 after retiring from basketball. He became a vocal advocate, then activist, not just for gay men, but for queers of color.

These days, that passion continues. Together with his former partner, he founded a non-profit that supports impoverished youth in Kenya. As a DJ, visual artist and performer, Sheridan studies “the intersection of art and performance with the lives of people who are visibly and openly existing in the digital age.”

Who else? Alternaqueer cutie DJ King Atlas opens, so his Wussy hosts and loyal following aren’t far behind.

Sheridan’s work navigates his personal layers of identity, specifically how his story debunks the usual backstory of Hip Hop artists. He’ll spin his LEWK DJ set from that perspective, including inspirations from first album GIANT (Going In And Never Timid).

It’s a concept that befits his formidable 6’8”, 240-pound frame, obviously, but also serves as a behemoth of a personal philosophy about everyone, Sherdian told Huffington Post.

“You’re big enough to be who you are — you’re a giant too. It’s an all-inclusive brand and storyline,” he said. “I am literally GIANT myself. But if I can empower other people to become comfortable with who they are and what they do and encourage them to be a better version of themselves — then that, itself, really is GIANT.”

As Ponce City Market transforms the North Avenue corridor into an uber-trendy place to be, The Deep End restaurant is serving more than food and drinks. Already home to a lively early-week bingo game hosted by queer Atlanta’s own Brent Star, it’s the perfect place to undulate to Sheridan’s sounds for a cool Thursday vibe just right for kicking off the weekend.

Deep End does provide you the luxury of customer parking, but the whole block is best visited via Uber, Lyft, or carpooling if you can.

Well that’s easy. Thursday, March 8, 10 p.m. – 3 a.m. after the mall rats have scurried home and the Buckhead Betties have maxed out their credit cards.

Just some housekeeping. $5 at the door. A photobooth “lewk station” will be on hand to record your fashion choices, so make them count.

LEWK takes place on Thursday, March 8 at 10 p.m. at The Deep End, 621 North Avenue NE. Visit facebook.com/thedeependatl, and hear more from Will Sheridan at soundcloud.com/willsheridanmusic.

This article originally appeared in Q magazine's print edition. Pick it up around town, and read the full issue below: