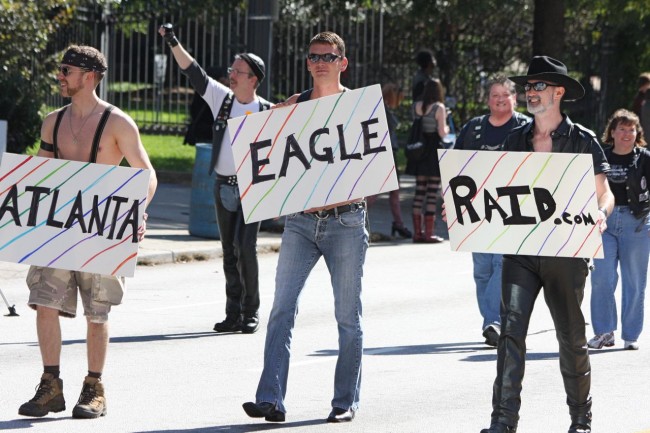 The Atlanta Police Department won’t cooperate with an oversight panel probing alleged misconduct involving a lesbian couple, which could portend how a probe into the Eagle raid unfolds.

The chair of the Atlanta Citizen Review Board charged in an Oct. 29 letter to police Chief Richard Pennington that the department isn’t cooperating with an investigation into whether two officers mistreated TaRaince Kelly and her partner by charging at them with weapons drawn, yelling and using profanity.

The probe came from a complaint by Kelly over the Oct. 23, 2008 incident, according to Atlanta Unfiltered, which publicized the case Nov. 4.

Rod Edmond, chair of the review board, outlined the case and his concerns in the letter last week to Pennington. Read the letter (pdf)

Ms. Kelly explained that on October 23, 2008, she and her partner and their six (6) year old daughter were stopped at gunpoint by Atlanta Police Officers Fries and Streeter. The officers reportedly jumped out of their car with weapons drawn, pointed at the women and ordered them to get back into their car. Ms. Kelly inquired as to why she had been stopped and the officers yelled and cursed at them. They called a police supervisor and Sergeant Patterson responded and explained that the reason the officers used force was because there had been car thefts in the area and their car lacked a permanent license plate. The sergeant did not file a Use of Force report.

The officers and the sergeant refused to give statements to the Atlanta Citizen Review Board investigator. The investigation was carefully considered by the full Board and a recommendation was made to you to sustain the allegation of excessive force and to impose discipline which is consistent with departmental guidelines.

The Kelly case raises troubling concerns for how the department may handle its internal investigation into several complaints of excessive force and mistreatment during the Sept. 10 Eagle raid. The agency launched its investigation in the wake of the raid after complaints surfaced and several public figures called for a probe.