Will divas return for 3rd season of ‘Housewives’? 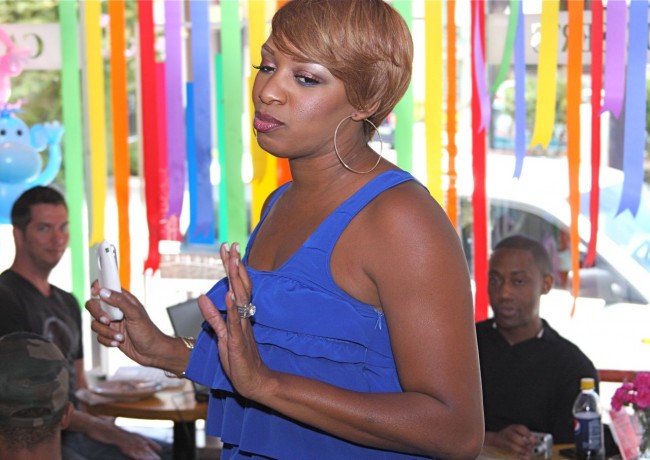 Is she in or out? That’s the question facing our favorite divas from “The Real Housewives of Atlanta,” NeNe Leakes and Kim Zolciak, who may or may not be in the lineup for season three of Bravo’s train wreck.

Yes, yes. We call it a train wreck but we don’t miss a single episode. It’s our guilty pleasure and we’re loud and proud about our Bravo habit. And Leakes (top photo) and Zolciak (bottom photo), to their credit, know when they’ve got a fan base cornered and work hard to make the gays love them.

Zolciak spends nearly as much time at Blake’s as the Armorettes. In fact, she really should be given a spot in the weekly drag show. Leakes has hit Outwrite to pitch her book and always speaks highly of the gay boys who adore her. 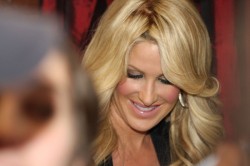 But what of season three? Apparently, all five “housewives” have been offered contracts. But the question is if Bravo and the women see eye-to-eye on compensation.

Will $100,000 — the amount the women reportedly received for season two — be enough? Do they want more? Does Bravo want to keep costs down? Will the network dump one (or both) and replace her with Victoria Rowell, a former soap star and public speaker?

“This is all I can tell you,” she said. “Every housewife has been invited back.”

“They try to lock you in for a number of years. We all signed up for a third season when we signed on from day one,” Leakes says. “If anybody has been fired, nobody knows anything about it. We know nothing about it. I don’t know where the rumor came from.”

We’re going to have to wait and see.