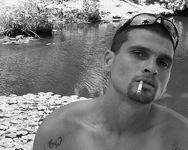 Consider this as you plan your nightlife for the long holiday weekend: You might be a fat ass who smokes too much and parking in Midtown may be hazardous to the health of your car.

That’s our conclusion after reading that Georgia ranks 43rd in a recent health survey and another piece that says breaking into cars has become sport in Midtown.

First, here’s why you might be a fat ass who smokes too much: The latest edition of an annual report shows that the state dropped two spots from a year earlier to 43rd thanks to chronic diseases, infectious diseases — you know, the ones that tend to be contracted during a night of carefree partying, tobacco consumption and obesity.

“Georgia ranks lower for health determinants than for health outcomes, indicating that overall healthiness may decline over time.”

And then there’s this:

Breaking into cars has seemingly become sport in Midtown, with the number of reported automobile larcenies more than doubling the weekly average, Atlanta police say.

And the thieves are walking away with more than just sunglasses or laptops. This year alone 120 handguns have been reported stolen from cars parked in Zone 5 — which includes Midtown, downtown and Atlantic Station, said Atlanta Police Maj. Khirus Williams.

On a typical week, Zone 5 sees 66 car break-ins. But over a three-week period in October, more than 500 such incidents were reported, said Williams, Zone 5 commander. Nearly half were in Midtown, and most of those occurred in parking lots near commercial areas.

Kind of a buzz kill, huh?

But remember this: If you’re heading into Midtown or anywhere, for that matter, security experts say don’t leave the nice stuff in plain sight in your car. That’s just an invitation.

Randall Cobb, safety director for the Midtown Neighborhood Association, said he’s amazed how many people continue to leave valuables inside their parked vehicles.

“Folks can’t forget where they live,” said Cobb, who once had reading glasses and some loose change stolen from his car. “They’ll take anything.”