Why we are still talking about blackface in Atlanta in 2020 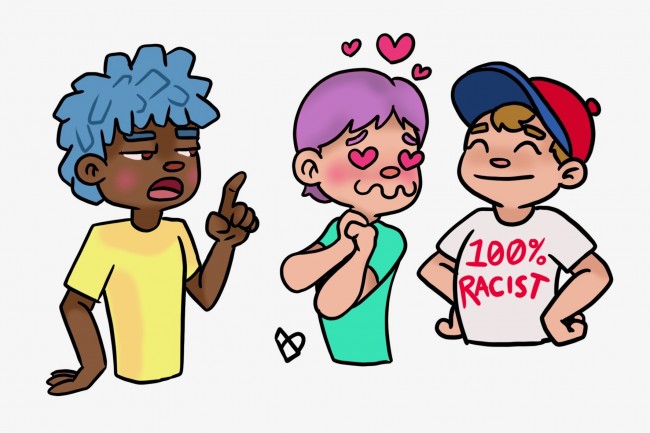 My friend has a history of bad decisions, and I admit up front that parenting him is my go-to move. Recently, he mysteriously started dating someone and became Facebook official out of the blue.

I’m very critical of the company my friend keeps, because in the past he’s had a hard time judging people and trusting his instincts. With evidence from his history, I’m afraid they’re doing meth, and that this romance will damage my fragile friend.  He truly cannot withstand another emotional crisis.

When he posted a new pic of himself with the dude, I seized an opportunity: “I see you are dating someone. That explains why you’ve been so out of touch.”

So with no other details, I did what any good Judy would do: I Googled the fuck out of this new guy. I found the usual stuff: disappointing educational background, slapdash work history and most disturbingly, a photograph from about a decade ago of himself in blackface with “2Pac” and “thug life,” scrawled on his chest with eyeliner. Comments and his responses to them included recent stuff: “Dude this still cracks me up.”

Do I bring up the blackface situation, knowing that it might come off as my usual judgement, or do I let it slide and let the rage seethe within me?

Blackface 12 years ago isn’t the most shocking thing I’ve ever seen. I mean, I knew better 12 years ago, and so did most people, but this is Georgia, and slow people can be, well, slow. But it’s 2020. How tone deaf must one be to keep that photo posted and keep laughing about it?

There are times that I would suggest you not take on roles like therapist for which you’re not qualified or babysitter for which you don’t have the time.

This is not one of those times. It’s time to step in, and not lightly. Your friend needs to see that desperation for love and affection may have blocked his view.

You said it: It’s 2020, and this is Georgia. Atlanta is literally ablaze with messages that racist systems and attitudes of the past need to be abolished.  and won’t be tolerated. Do your part to shame racist traditions, because racist traditions are shameful.

If this photo is easily accessible by anyone who looks, you need to point it out to your friend and vocalize, repeatedly if necessary, that it is not OK.

And I don’t mean just black face, though for the record, black face is never, ever, under any circumstances, for any reason, an OK thing to do. Not in tribute. Not as a joke. Never. What about… Nope! Never.

It’s also not OK to let a friend with substance abuse history spiral back into it unchecked. Say something. You are still not his parent or his counselor, but there’ll be time to get him to a professional for the long haul later.

Illustration by Brad Gibson. Enjoy past editions of The Q advice column here.