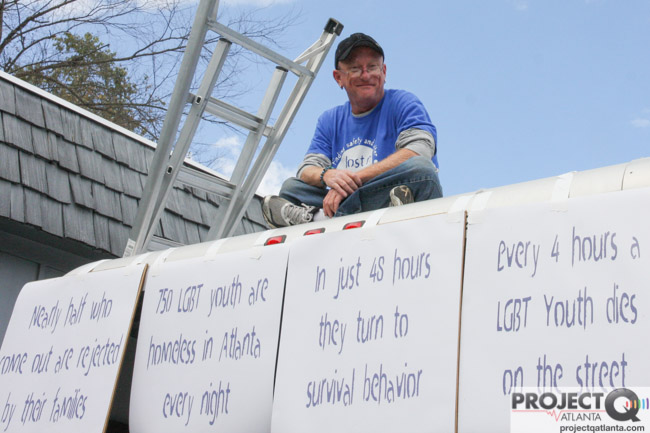 It's Rick Westbrook, and he's calling attention to the plight of homeless LGBT youth in Atlanta. It's part of a 48-hour vigil in the back of a U-Haul truck to mark the anniversary of the group he helped launch two years ago, Lost N Found Youth.

The non-profit cares for homeless gay Atlanta teens. They exist. And it's a tough task.

On Friday, Westbrook climbed atop the truck parked outside Burkhart's to camp for the weekend, collect clothing and other donations for the opening of a thrift store, and put a sober exclamation point on a weekend of anniversary events for the group. He did the same thing to commemorate the group's first anniversary last year.

On Saturday, Lost N Found held a public meeting on the patio of the bar to discuss its activities for the past year. Two of its supporters host a big gay brunch on Sunday, and the anniversary concludes with an Armorettes closing party on Sunday night. 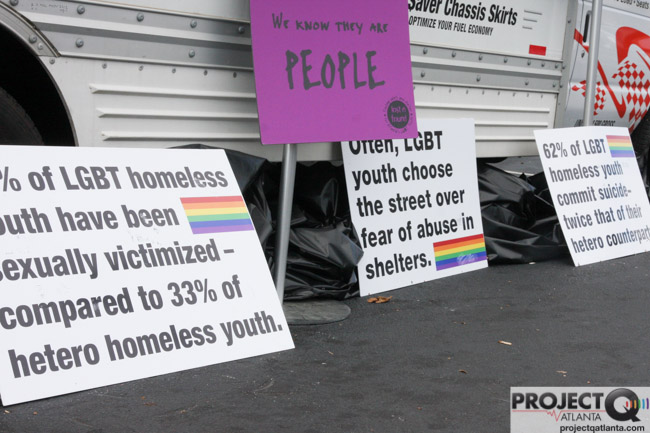 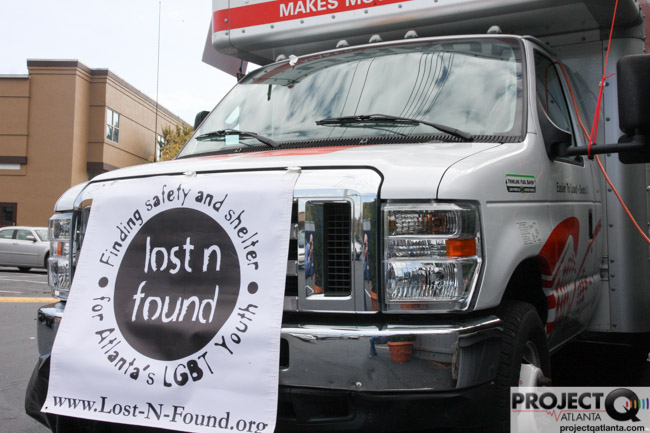 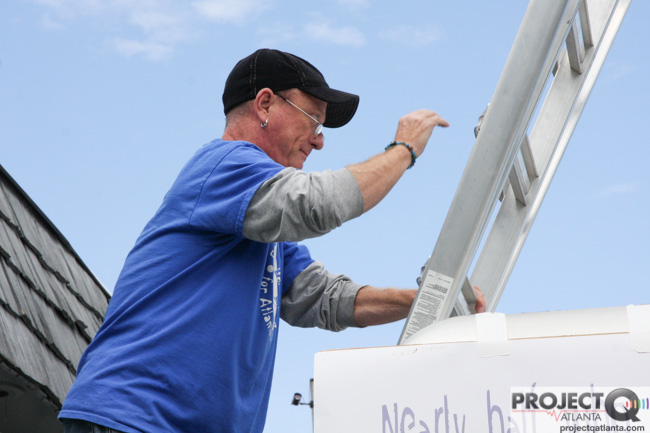 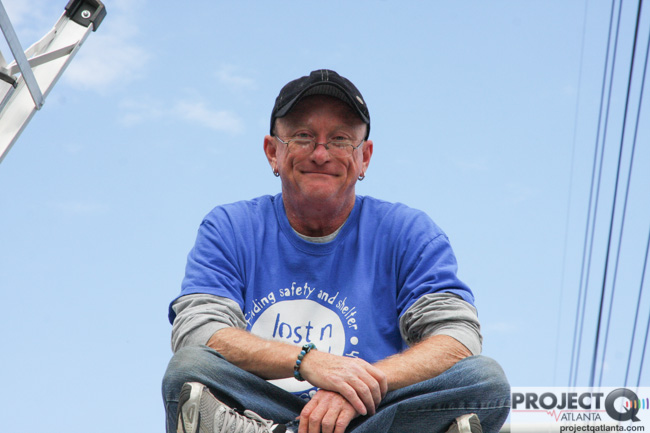