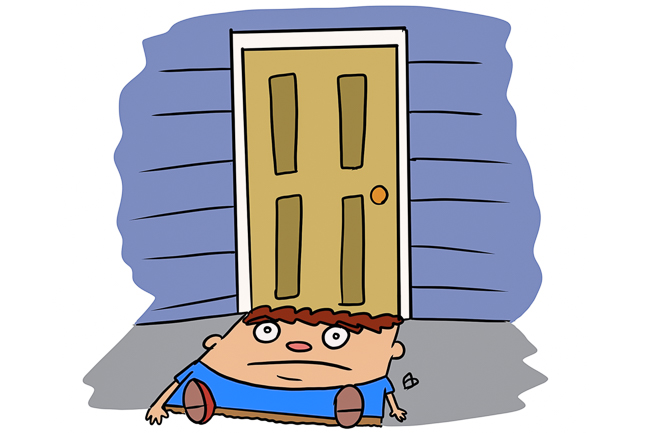 Q: When my partner decided to go back to school, I happily took on extra hours for years. He graduated, and now he’s dicking around without looking for a real job. To make matters worse, our finances are in a spiral.

He says he’s looking, but he throws a fit if I bring it up. He threatens to move out, and I’m afraid of losing my investment in him and us. I was proud when he went back to school, but now I hold it against him.

You feel the short end of the stick, and he may be too comfortable with the long end.

It’s exhausting and unfair to play the doormat when one person chooses to walk all over your agreement. But make no mistake: You do have an agreement. Until you hash out a new one, you bear equal responsibility for keeping it the way it is – or changing it. Be bold enough to have the conversation.

What are you really afraid of? The end of your relationship? He’s probably not going anywhere without an income. The conflict? Talking calmly isn’t working, so let him have it and see if you get a different result.

It’s easier for both of you to let arguments go in the moment. It’s a natural reaction. But if you have to create some discomfort so you can finally discuss how to move forward, it’s worth it.

When I ask, he unloads about his schedule. I’m busy too, but when I say I’m going to do something, I do it.

“I’m busy” means “Your thing isn’t a priority,” and it is used as an easy excuse to get out of conversations and commitments.

I don’t have enough information to say which of these scenarios fits your husband, but the upshot for you is the same: disappointment.

If he’s worth it, sit him down and show him the pattern. Put it on him to fix it, and don’t rely on him anymore until he does.

The Q is intended for entertainment, not counseling. Send your burning Qs to [email protected].