Why LGBT Atlantans should care about Census 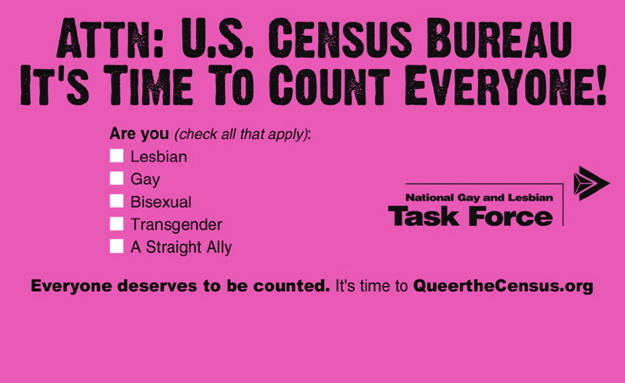 On Monday, Census Bureau reps started knocking on doors. If your 2010 Census envelope is still sitting in a pile unopened, Georgia Equality lays out reasons gay Georgians might think twice about blowing it off.

With all the hubbub over “queering the census” this year, a call from Georgia Equality went out this week that makes it personal and closer to home.

“These follow-up efforts are an investment in the quality of the census, which will impact everyone, including all LGBT individuals and families for the next 10 years,” GE Executive Director Jeff Graham says in the statement.

[The Census] provides key population numbers for Congress and the Administration to determine how federal dollars flow to the states. The data is also used by researchers, advocates and policy makers to develop reports, social service programs, and make critical policy decisions. Accordingly, the census has a big impact on the political power, economic security, and safety of lesbian, gay, bisexual and transgender (LGBT) people.

Since 1990, when the census added the “unmarried partner” designation on its form, people in same-sex relationships have provided the first visible record of our partnerships in the history of our nation. This data has been very important in countering misconceptions about the LGBT community. For instance, the 2000 census showed that same-sex couples live in nearly every county in the nation (including every county in Georgia!), and that Black and Latino same-sex couples are raising children at nearly the rates of their heterosexual peers, while earning lower incomes.

You can also read the full release with questions and answers for LGBT residents.

Armed with new information from the last Census in 2000, gay marketing firm Witeck-Combs noted Atlanta’s self-designated same-sex couples among the Top 10 metropolitan areas in the U.S. in proportion of same-sex headed households to overall couple-run households. That carries weight in Washington, proponents say.

In 2010, for the first time in history, the Census will count both unmarried same-sex partners and legally married same sex spouses in its survey. It can’t yet count LGBT individuals, but that doesn’t mean your form can’t count toward the cause. Trans people can check the gender box that most closely reflects their gender expression and use the “unmarried partner” designation if you share a home with your significant other.

And as has been widely reported, single gay men and lesbians can quickly download the “Queer the Census” label (top photo) to seal your envelope and declare yourself as a concerned LGB and/or T. It won’t be official, but it should send a clear message.

For 2020, the National Gay & Lesbian Task Force is leading an effort among a coalition of strong advocacy partners to count LGBT people and families. For more information and to sign the petition visit, queerthecensus.org.

Nationally, gay leaders and others have submitted some 200 video testimonials with the help of the Census Bureau and in cooperation with Our Families Count. 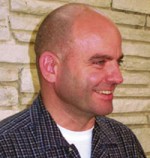 “On behalf of all of the many contributors who stepped forward to share their own testimonials – we are especially proud of the diverse voices and faces,” says Che Ruddell-Tabisola, national LGBT outreach coordinator for the U.S. Census in a prepared statement. “In these brief, compelling LGBT snapshots, you will hear plainly why we make a difference in this year’s Census and what that means to achieve a more complete portrait of the people in our lives.”

Among the “Trusted Voice” videos, the most notable to gay Atlanta may be that of HRC Religion and Faith Program Director Harry Knox (second photo). He is the former executive director of Georgia Equality with a longtime history of local gay activism before joining HRC. Here’s his message: