Why I’ll probably put out on our first date 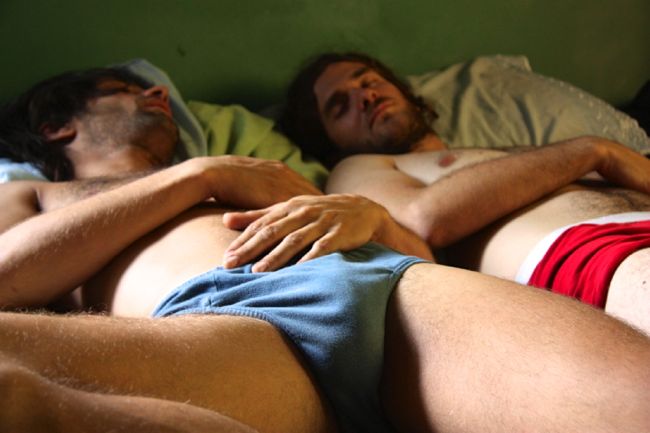 I'm absolutely not the dating type. But I do find them to be fun little jaunts and every so often actually manage to get asked out. And when I do, I tend to either be really charming or completely off-putting. It's up to you and your personality. To help expedite the process, here are the pros and cons of a date with me.

I'm not one of those obnoxious people who feels the need to perpetually correct peoples' grammar. Even I hate those types. I've mostly learned to correct poor grammar silently in my head, but certain things irk me to no end. So you may notice a physical tick if, for example, you use “was” instead of “were” or vice versa.

Even if it's a subject I'm not particularly enriched in, I can almost always at least uphold a dialogue. If it happens to be a topic I'm completely obtuse in, fortunately, I'm also thirsty when it comes to gaining knowledge and always apt to learn new things.

Con: Some people will find my veganism annoying.

I've never really gotten why some people are automatically annoyed by the fact I don't consume meat or animal byproducts, but I've always been of the mentality they can go fuck themselves. If anything, it's a con for me to be on a date with a person like that, because I'm inevitably going to have to hear the usual, “I can't imagine not being able to eat bacon” line, followed by 10 minutes of questions about what I can and can't eat, why I decided to go vegan and how I survive without cheese. I don't mind answering, as long as you step down off of your high horse and drop the sarcastic, condescending tone.

In general, I can't eat 99 percent of things on any given menu, in addition to being sort of freaked out by the notion that I can't see my food being prepared. So I usually just end up getting something simple like a salad or steamed vegetables. I try to keep it classy on dates by only having two or three glasses of wine, which is going to be the most expensive part of my meal. Even so, tally it up and you're still getting away with spending less than 30 bucks on me in most run-of-the-mill restaurants.

Con: I may get inappropriately tipsy.

While “inappropriately” is subjective, to me dates are supposed to be fun and booze makes me a more convivial person. Some people, however, have a progenitorial impulse to flash a disapproving glance if I supersede a second glass of chardonnay (yes, my wine of choice is that of suburban soccer moms everywhere). First of all, I'm not some amateur; I can hold my own. Secondly, you just got away with paying for a platter of steamed vegetables as a meal. You're welcome.

Pro: I may get inappropriately tipsy.

Auspiciously, an exceeding number of dates I've been on have been with people who appreciate being able to have stimulating discourse over a few drinks. That ability extemporaneously garners you bonus points with me.

Con: I'll probably put out on the first date.

It's still shocking to me that people are so puritanical when it comes to sex on the first date. I know there's the unwritten notion that if a guy buys you dinner, you're obligated to at least give him a blowjob. Realistically, it's obviously not a requirement. But even as an aside, there are those who find any form of sex on a first date to be improper. To them I say go somewhere else. I am not even here for that bullshit. If you're attractive and I had fun, I see absolutely nothing indelicate about mutual carnal gratification at the end of the evening.

Pro: I'll probably put out on the first date.

It speaks for itself.

I've been called everything from blithe to gauche, but either way, at least now I can definitively say this to every potential suitor: You've been forewarned.