Why Hannah Gadsby’s ‘Nannette’ Neflix special is so divisive 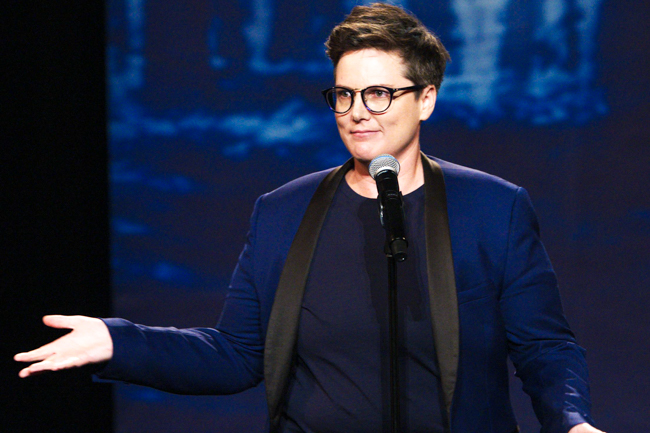 By now, many of you have heard of or seen Hannah Gadsby’s Nanette, one of the latest in a seemingly endless stream of comedy specials released by Netflix. Whether you thought it was funny, or held any value or interest at all, is widely up for debate.

So much debate in fact, it could be the most widely discussed special Netflix has ever released, in part because it’s so unique to the “comedy special” format. To some, it’s an hour special about a queer, gender non-binary person who peels back the curtain and shows the unfunny parts of the self-deprecating jokes she has made a career of, while simultaneously indicting the audience for being complicit in a society that marginalizes people based on their sexuality and her gender expression.

To another group – often the most cis hetero gender binary among us – Nanette’s uniqueness is that the so-called “comedy special” is simply not funny. Or more precisely, not funny enough. Even though comedy is subjective at its core, the detractors of Nanette portend to have objective measures for why it’s not funny to them, and that is mostly that their friends agree with them. Very scientific.

As a comic who is queer, the debate has been raging across my social media for a few weeks. Many straight comedians came out to mock and dismiss Nanette as unfunny and not valuable – not that anyone asked them.

I couldn’t tell whether it was the show they were mocking and dismissing, or queer comics in general. It was hard to tell how deep the animosity went, because most of the biggest detractors didn’t even watch the piece all the way through.

Without giving anything away for those who haven’t seen it, Nanette takes a very serious turn partway through the performance. Gadsby breaks from jokes to talk about the real cost of doing comedy while being queer and gender non-conforming.  For a lot of queer and gender non-binary folks, it’s tough to watch because her story is our story.

I watched Nanette three times, once when it came out and twice later to get myself in the headspace to write this column. I teared up each time. As a queer person pursuing comedy, it was heartbreaking to read all over her face the anger and sadness that many of us carry just beneath the surface.

As a cisgender gender-binary man, I cried because Gadsby also showed me what it’s like to be misgendered, and the real danger it poses in her life. As a trauma survivor of homophobic attacks, I was reminded how we are not that far from the days of queers being harassed in the streets. It has never actually stopped, and in the current political climate, could be increasing.

“But is it funny?” you ask. That’s a fair question. It’s a “comedy special” after all and Netflix wouldn’t release an unfunny comedy special, right? Since comedy is subjective, there is a lot of room to criticize all specials, and Nanette is no exception. I would venture to say that, where Nanette stops being funny, it is intentional tension crafted by Gadsby for the purposes of fulfilling her narrative. That can’t always be said for scores of debatably funny Netflix comedy specials out there.

So yes, Nanette is funny. There are really smart jokes, really big laughs and really big releases of tension throughout the performance. The parts that are deliberately not funny are captivating, and you can tell Gadsby is a genius at what she does.

The best comparison I could find to “in terms of Netflix specials is Neal Brennan’s 3 Mics. In it, Neal uses three microphones set up in different spots on the stage to tell different styles of jokes on two. The third is for serious or “dark” subject matter of which there is a lot.  However, there was no debate on whether the special was funny to the degree Nanette has gotten scrutiny; there’s no debate on whether Neal Brennan is actually a comedian the way folks are debating Hannah Gadsby’s right to call herself one.

The most amazing thing to me about Nanette is that it’s just one queer comedian’s experience. There are literally hundreds of us out here at all levels, all over the world. Imagine the conversations and discussions if there were two or 10 or 20 queer comedians with Netflix specials.

Our stories are the ones yet to be told, and based on the bluster about Nanette, seems like the world is ready for more. Your move, Netflix.

Ian Aber is a queer comedian and show promoter living in Atlanta. Laughter through tears is his favorite emotion.

This column originally appeared in Q magazine. Read the full issue below, and pick up your copy around town each week.