Why gay Atlantans should care about MARTA 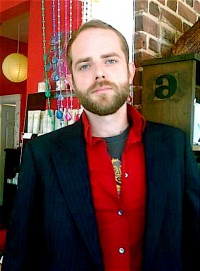 As part of the “Save MARTA” campaign, Brian Baj is a gay activist, but not in the usual way. He advocates for citywide change that affects all communities, including Friday’s Ride MARTA Day that he helped organize.

Baj (photo) is the Save MARTA! campaign manager and media chair for the Area Coalition for Transit Now. But he’s just one of many “gay MARTA guys,” he says. He’s spreading the word on Ride MARTA Day, which includes Mayor Kasim Reed and other public officials on Friday, because looking outside himself at the larger community comes naturally to him.

He calls on LGBT Atlanta to cast a wider net and create a better quality of life for all residents, and he took some time to let us get to know his cause as well as himself.

Project Q Atlanta: What is Ride MARTA Day?
Brian Baj: Ride MARTA Day is an event started last year by an activist Rachael Spiewak to have a rider-organized day of support for MARTA. Facing huge budget deficits, MARTA was considering a cut of an entire day of their service.

Nearly a year later, MARTA is now moving forward with a new decision to cut 50 percent of its bus service. Without the state of Georgia proving short-term funding solutions for their budget, the cuts will be inevitable.

This year’s Ride MARTA Day has called for action by the City of Atlanta to ask the state of Georgia to intervene. Mayor Kasim Reed will be present amongst other city and state officials, along with riders, to show their support. MARTA is not only the most financially efficient mass transit system in the nation, but also is the only system to not receive state funding. It may be time to change that.

Why should gay people care?
Specifically if they use MARTA obviously. The second reason is that Atlanta is at a tipping point as a metropolitan area. We were recently named by the Advocate as the gayest city in America. Amongst this accolade is the grim reality of poorly maintained city services and a crippling economic recession to our cities services.

… When countless thousands of people lose their way to work, lose their schools, their community centers and their opportunity to higher education, what is left to make a city prosper?

As a culture, gay people often pioneer the revitalizing of a city and definitely have played a huge role in Atlanta’s revitalization. Without community support, not only from the LGBT community, but from all of Atlanta to protect our central metro services, there will not be much of a city left.

…Driving is a huge privilege, and often people forget that. Not everyone has the finances available to drive a car and rely on transit for everything in their life. If human empathy doesn’t speak to you, consider our smog, our traffic, our impossible parking situation around the city. Everyone can find a way to benefit from better public transit.

Tell us a little something more about yourself.
I am the manager at Sweetgrass Salon & Spa in Little Five Points. It’s a community-focused business that I basically begged to work for because of their reputation in the area.

I am originally from Cleveland, have lived all over, and have stayed in Atlanta for the last six years. I have definitely planted my roots. I am that person who is constantly reminding people that Atlanta is an amazing city. The nation, including Georgia, is in a bind, and there are not enough solutions in the dialogue about change, and quite simply there is not enough people demanding change right now.

I am trying to find solutions when I can. My vision for success is fairly simple – own a home, love my partner, love my friends and make my city awesome.

It’s sort of surprising how uncommon this vision is. Most people I know want personal fame, or lots of money or are just looking to get out of Atlanta and onto some larger just-as-messed-up city. If more people just pitched in when they could, took time out of their own quest for personal success to help their neighbors out, we wouldn’t be at this point.

Do you mind being called a “Gay MARTA guy?”
Well, yeah. Simply because I am super against people taking credit for community efforts. I’d rather people see me as someone who is just part of a larger effort to bring focus to MARTA and transit in the state.

Clearly sometimes it takes a person on a bullhorn, or in an interview to bring attention to a problem and voice a solution, but Gay MARTA Guy would just be too much credit. There lots of “gay MARTA guys.”