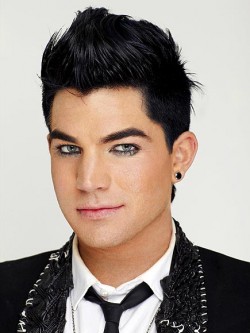 There’s a gay or two among People’s picks for “Sexiest Man Alive.” And even if there wasn’t, clicking through their lineup was enjoyable.

But we want to know: Who’s your pick when it comes to a sexy man?

People choose Johnny Depp for its honor this year, proving that men of a certain age — Depp’s 46 — still attract the attention of magazine editors. The list of 15 also includes a gay.

Yes, singer Adam Lambert (photo) is the sole representative for us in the magazine.

Think you have a shot with the “American Idol” star? You do if you’re an upbeat person. “I love people with good energy,” says Lambert, 27. “It’s even better when you can hook up with one of them.”

We’re OK with Lambert as the gay on the list. But how the sex appeal of Matthew Bomer was lost on People, we’ll never know.

Maybe it has to do with Lambert’s natural ability to grab headlines, like his over-the-top appearance on the American Music Awards. Read our review of that eye-popping finale to the show.

Moving on, we want to know who’s on your list of “Sexiest Man Alive.” Is it the star of your favorite show? The hunky bartender who serves your favorite cocktail at the gay watering hole? The trainer at your gym?

Let us know your vote for “Sexiest Man Alive” in the comments below.