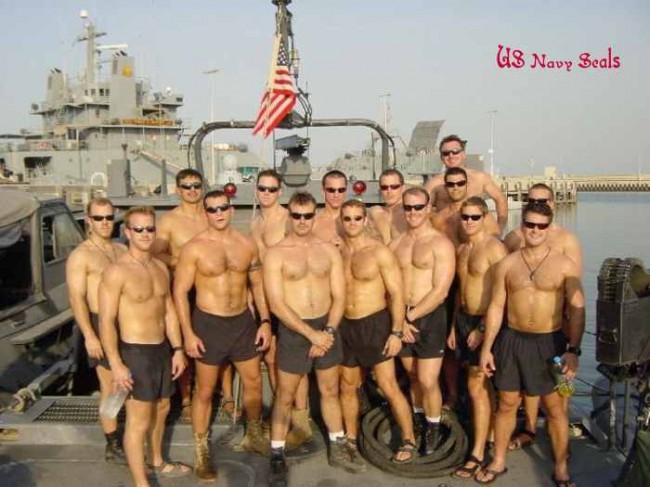 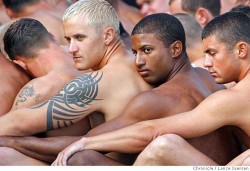 Ripped. Thin waist. Flat tummy. An image of the Navy SEAL that triggered the end of Osama bin Laden is emerging, leading us to wonder: If this hero is a homo, inside which Atlanta gay bar are you most likely to run into him? It could happen. There’s no shortage of gays in the military, and with the coming end of “Don’t Ask, Don’t Tell,” they could be more visible than ever. So, let’s review what we know about the faceless, yet probably ablicious triggerman that put a bullet in the head of Terrorist No. 1 to see if it paints a profile likely to be found in one of gay Atlanta’s watering holes. The characteristics and probable local bar where you’d find it:

• He’s likely between the ages of 26 and 33. (That’s pretty general, but Burkhart’s, Mary’s, BJ’s, Jungle and Blake’s – though depending on the night, the upper end of that range could mean he’s aging out of the last two.) • He’s white and a guy. (Sorry Bulldogs. You, too, My Sister’s Room.) • Old enough to experience the extra training required for SEALs Team 6, but young enough to withstand the body-punishing rigors of the job. (Heretic.) • A high school or college jock. (Woofs and Blake’s.) • Bearded, rough-looking and like a street urchin with modified grooming standards. (Heretic, Eagle, Mary’s, Cockpit.) 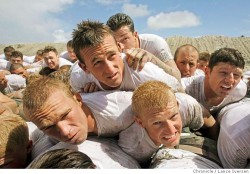 • He’s ripped with lots of upper-body strength, long arms, thin waist and flat tummy. (Blake’s.) • Calloused or gnarled hands. Possibly has frags. (Heretic, Eagle, Mary’s. Cockpit.) • Killer one day, mowing the grass the next. (This sounds suburban, so we’ll go with Le Buzz.) That leaves our sexy yet grungy SEAL as a bit of an enigma. What Atlanta gay bar would you find him in? Tell us in the comments below.