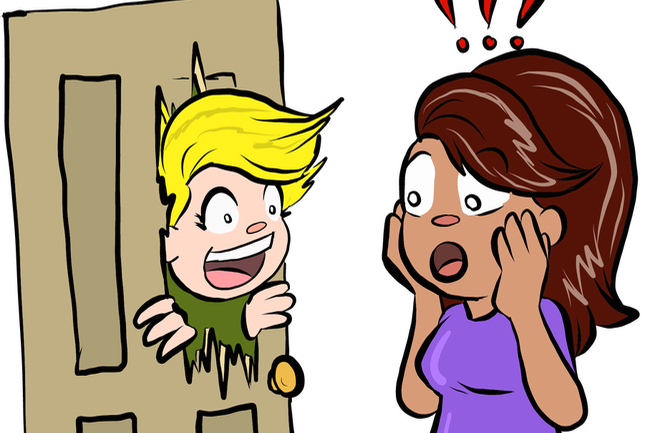 Whether you're a woman who's girlfriend stepped out on you and flaunted it all over town, or you're considering sleeping with your 'slut-puppy' boss, Life Judge has answers in The Q.

Long story short, my girlfriend and I decided to see other people for two months. We agreed that during that time, we might fool around but not go too deeply emotionally with anyone else.

Long story short, she slept with a smokin’ hot younger woman and started seeing her almost nightly, for Netflix & Chill, going to high-profile LGBT events, everything. She even told a mutual friend of ours at one point that she could see herself falling for the girl.

Long story short, now she wants to get back together with me. She dumped the girl, says that she regrets diving in too deeply, and just wants us back the way it was. She hopes I get over it quickly. I forgive her, but I’m hurt. What should I do?

Dear On A Break:

The ol’ “we were on a break” defense isn’t nearly as funny as when it happens on TV sitcoms, is it? So she wants to move on and you want to stop hurting as soon as possible. That all makes perfect sense on the surface, but your penchant for making every “long story short” isn’t the answer in this case.

In fact, “going back to the way it was” is the opposite of what you two need to do. That’s what got you into this mess in the first place.

This is a crucial moment in your relationship. It will take more than one deep conversation to unpack what happened, but it can be worth it.

Take the time to learn the lessons that led her to overstep the “on a break” agreement, and that led you both to take the break in the first place.

Our manager at work is a total professional by day, but kinda a slut-puppy by night. And hey, me too! So we both get around in the bars, and I admit that I’m tempted to sleep with him.

I know it’s wrong to try and get ahead at work in this way, but then again, I am interested anyway, and it couldn’t hurt my chances, right?

It must suck to believe that your work isn’t good enough to earn the rewards and advancements on the job. But seriously, you could end your career and your personal integrity in one fell swoop.