When you realize you’re in love with an addict 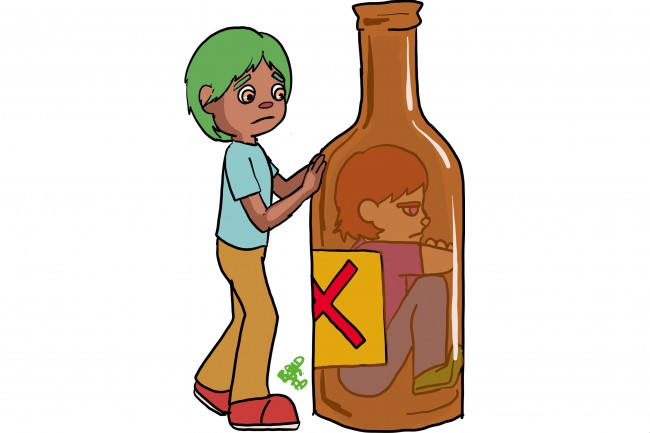 You're in love with two people in the same body. The sober one, and the substance abuser. And try as you might, you finally realize that you can’t love them out of addiction.

I love two people. Well, they are both in the same body. The adult by day treats me like a queen. The child who comes out after 5 o’clock drinking time needs me to take care of them, which I gladly do.

They hold down a great job, provide for us, and love me. Every night, I know they’re drunk when they get quiet in front of the TV until bedtime. I cook and care for them, and I occasionally play designated driver if we are stuck out of the house when it hits.

Thing is, they admit to being an alcoholic, and that’s the “first step,” right? They quit for a month several months ago, and they quit for a year a long time ago after a pretty nasty DUI.

A friend says I’m headed for trouble, but I think we have a good work-around going. Things could be better, but am I wrong to hang in there?

I think you’re half right to decide not to give up yet. But loving someone is easy. Loving them right is hard.

You feel things are under control, and they are. You’re both under the control of the addiction. You make adjustments and allowances so that things don’t get so messy as your boo continues to indulge. In recovery parlance, they’re a functioning alcoholic, and you are an enabler.

When they stop drinking but don’t address the issues that lead them to drink, they become what is referred to as a “dry drunk.” Still a slave to addiction, they white-knuckle it to “stay dry.” As you’ve seen, it only works for a time.

It may not be time to throw in the towel, but the status quo won’t last. It won’t get better until two things happen: 1. You figure out how to stop enabling, and 2. Your partner gets sober with therapy and/or support to stay that way.

Both will take a new kind of commitment, and both can lead to a happier life than the one you’re living.

My fiancé is an awesome human being. He’s also a party boy. He seems to jump from one drug of choice to another, and no matter what he’s on, the underlying depression is still there when he’s sober.

He’s sweet, funny and loving. Until he isn’t. Usually that means he’s grumpy. Sometimes though, the guy I know is almost unrecognizable. He abuses me verbally and physically.

When he crosses over, he lashes out with his words and his fists. Everything I do to help is wrong, and everything I suggest is stupid. He refuses to get help, and if I try to reason with him, I’m the bad guy trying to control him, and he takes it out on me.

I love him, but I’m afraid to marry him. We’ve invested so much time, and I don’t want it to go to waste for either of us.

You have a recipe for disaster, not a recipe for marriage. Your fear of getting married is a huge red flag. If there was ever an “easier said than done,” it’s this: Detach with love.

Your situation is severely unhealthy for both of you. The most loving thing you can do for him is to move on. Maybe he’ll see the light and get help, maybe not, but your own wellbeing is at risk as well as his.

Leaving seems overwhelming, but the consequences of staying could be devastating. You’re delaying the inevitable, possibly avoiding the unthinkable, and it’s better to have an ex-fiance than an ex-husband.