When will it Reign on Midtown’s nightlife? 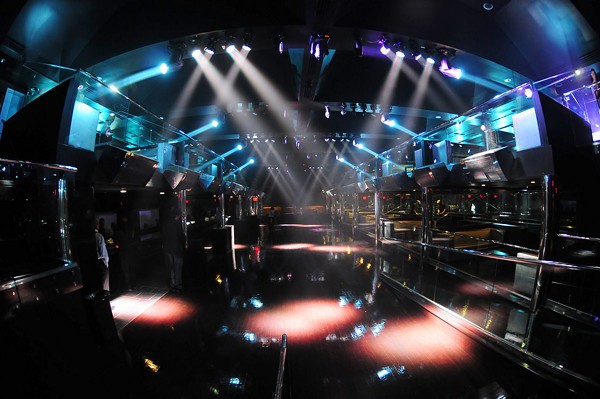 The story of Club Reign in Midtown is a tale of bureaucratic red tape, liquor licenses and infuriated neighbors spouting complaints with a twinge of racism. All that so the gays can get crunk one night a week. The massive venue – it’s actually a lounge and separate nightclub spread over 20,000 square feet – sits on Peachtree Street in the spot of the former black-popular Vision and right in the middle of the Midtown Mile, that retail and residential redo of a once struggling area. For a few years, club guru Michael Gidewon has been renovating, applying and networking to rehab the space and fashion the nightclub portion into Club Reign with Fridays for the gays. Gidewon’s so close, you can almost hear the gays ordering Appletinis. In fact, they’ve tried – twice. Gay party promoter Chris Coleman (second photo) was all set to help open the club with a new event, Massive, earlier this month during Pride. But Club Reign’s liquor license didn’t come through and Coleman had to work some last-minute magic to get his patrons to nearby alcohol. Take two. That was Friday, when Coleman was amping up for a Massive retake at Club Reign followed by the venue’s official opening – sans the gays – a night later. Coleman, burned once, warned party-goers that he would pull the plug if the club didn’t secure its license.

They didn’t, Friday’s event was canceled hours before it opened and Club Reign sits idle. Gideon tells Creative Loafing that the opening was pushed back over competing events. Expect Club Reign to open Nov. 6, he says. Coleman had a different take for attendees on the event’s Facebook invite:

Unfortunately, **MASSIVE @ Reign presents "MASTERBEATS World Tour"** will not take place tonight~ The City as issued the liquor license, however, I am being told that the State has not issued the final signature. I will update you again once the license is in place. Once the venue is open, I have some amazing talent coming in... Hang in there!

Club Reign’s neighbors have fought to stop the venue from opening. As with most anything in Atlanta, scratch the surface and racist overtones are easy to find. A microcosm of the debate, and the hesitancy of neighbors to support the party spot over fears of attracting the largely black clientele that enjoyed Vision has played out in the comments section of What Now Atlanta?, a website that tracks happenings in restaurants, retail and real estate. Just sayin offered this:

Mark my words, no matter how much they might have cleaned up the space and tried to market it across demographics – this place will still draw the same segment of the population that Vision used to draw. Atlantic Station is a perfect example of a development designed to appeal to the masses but that has for the most part only drawn an African American clientele.

And then this from MM, who should be commended for boiling down his fear of blacks into 12 words and making it a gay versus black thing:

Hopefully the gays will take over and keep all the blacks out!

And Jimini follows with this reasoning:

Look, it’s not about prejudice, it’s simply a fact that there were several high profile murders that took place in Atlanta in similar establishments over the last decade. When’s the last time someone shot up Blake’s or Burkharts???