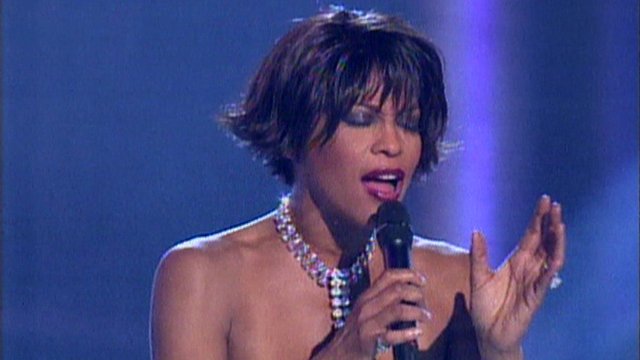 Reaction to Whitney Houston’s death came from across the globe. But what about the DJs who pumped her work into the consciousness of gays on the dance floor? We polled Atlanta’s gay DJs for their thoughts on what Houston’s music means to them, their favorite tracks and what she means to dancing queens. Apparently, there's more than one gay way to honor Whitney Houston in Atlanta this weekend. 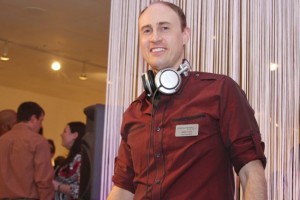 Whitney Houston was one of my favorite divas of all time. I remembered buying her first self-titled album on vinyl back in 1985 and playing it over in over. "How Will I Know" was my favorite off the album and still can't get enough of that song. "Million Dollar Bill" is probably my most played as a DJ with a very close second being "I Wanna Dance With Somebody" which I tend to always play at tea dances. It is the best tea dance song of all time. Whitney Houston's songs are still very popular with my gay crowds. I get some bizarre requests sometimes when I'm spinning at clubs, but I always give people Whitney songs whenever they ask because I'm such a fan. I remember back in 1999 or 2000, the DJs playing her tracks at Blu or Backstreet and it being the best of the diva tracks people went crazy over. Those days and those songs she did with Thunderpuss remixes were what got me thinking of being a DJ. It didn't get any better than that.

Favorite Whitney Houston: Bryan Reyes just debuted a remarkable new remix of "I Learned From The Best" at this year's "Real Bad" party in San Francisco. The ability of that song, not really old enough to be called "classic", but still demanding an amazing crowd response, speaks to Whitney's importance in music. Whitney has always been popular, and across genres. While the Freemasons mix of "Million Dollar Bill" was arguably the most requested song just a couple of years ago, and will remain a tea dance classic, I've also enjoyed hearing Whitney being mashed with other artists in unusual ways like GoHomeProductions' new mash-up with Radiohead. Mark Vidler, aka GHP, put that up on the web just after the announcement. Whitney's "It's Not Right, But It's Okay" was the biggest track in rotation when I first moved from the rave scene into gay clubs. It put remixers Chris Cox and Barry Harris (as Thunderpuss) in the mainstream of pop music. Like Everything But The Girl's "Missing", the club remix received equal or better airplay and helped further dance music's place in the Top 40. Favorite classic Whitney: "The Greatest Love of All". No matter who you are or what you're doing, you can't help but feel uplifted every time you hear that song. It's a powerful lyric and one helluva showcase for her amazing voice. Or maybe I should say this for "I Will Always Love You" instead? Think about it. How many pop singers today could demand radio stations let them sing a capella for a full 40 seconds at the beginning of a song?

Over the past year, I've introduced club goers to an awesome mash up of "Totally Enormous Extinct Dinosaurs" vs. "Whitney Houston." The lead vocals for the mash are hers, the backing track to it theirs. I have to admit, the title made me chuckle upon finding it … 1000 Spoons "It's Not Totally Enormous But It's Ok." I've worked this into VJ sets at Cockpit as well as the audio for ManShaft parities. When I spin it, someone always asks where/how to get it. At the time her career was hatching, strong, soulful divas were on the rise in the gay circuit scene. She was an easy Top 40 commercial act to consume and have accessibility to on the radio stations outside of the club. Aretha Franklin (her godmother) was actively on the Top 40 charts, so the styling and strength of Whitney's voice (not to mention family ties in the industry) earned her a viable position to "make it" and be heard on the charts. I could not keep the 12" vinyl in stock at Record Bar, and trust me, our community was whom I was selling these to! Her album sales reached and sold to a very wide, diverse demographic. Honestly, I only starting enjoying her music in the mid-90s when circuit DJs were mixing her music. For me, it was a more palatable, non-commercial/Top 40 sound which I personally found more appealing and challenging. I'll admit she's not an essential part of my collection, but I do respect her well deserved place in the music industry. I admired her because her voice didn't need "processing" to be packaged and marketed, it was raw talent. I was truly shocked and saddened to see the decline in her career with her abuse issues. I always found it sad to see someone with so much talent and success go to waste due destructive life choices and partnerships. 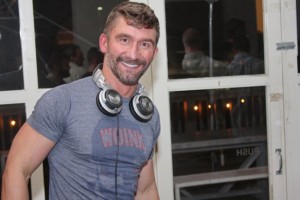 She's had so many great original songs and remixes, but I really like the fairly recent tunes - "I Didn't Know My Own Strength [Daddy's Groove Club Mix]" and "Million Dollar Bill (Freemasons Club Mix)". Whitney has always been hugely popular among gay crowds ever since "I Wanna Dance with Somebody (Who Loves Me)" was remixed by John "Jellybean" Benitez back in 1987. I remember dancing to many of her songs throughout the years at several of Atlanta's clubs that are no longer around. Throughout the years, Whitney's music was always put into very capable hands to be remixed. From "Love Will Save The Day (Jellybean & David Morales 1987 Classic Underground Mix)" through "I'm Your Baby Tonight (Dronez Club Mix)" to "Million Dollar Bill (Freemasons Club Mix)". Her music was fun, uplifting and empowering for milliions, while her voice was an astounding instrument that was simply awe inspiring. She will be missed … RIP Whit.

Whitney is always one of those "reliable" artists that you play at the peak of your set and it's like throwing gasoline onto the fire. It lights up. “I Wanna Dance With Somebody” or “How Will I Know” are staples in the late-night set at Mary's and I'm sure they'll always continue to be. Whitney is right up there with Madonna as far as appeal and timelessness of her music. I think for those of us in the 30-something generation (ahem) she's had particular impact because we all remember dancing our nuts off to her when we were coming of age in the clubs. She was the hottest thing going and "It's Not Right but It's Okay" was THE gay jam of the late 90s. Even now though, young or not-as-young, we all get Whitney. She brings everyone out to the dance floor.

For me, Whitney Houston's music is always inspiring. Her voice (especially in the early years) was filled with a soulful longing balanced with an unyielding sense of hope. To this day, there’s nothing that can lift my spirits like a good Whitney song. Despite her unfortunate end, her legacy will be that her music brings happiness, confidence, strength and hope for countless millions. Her popularity has waned over the past few years. She still remains in my Top 20 most requested songs. Specifically “It’s Not Right But It’s Okay” and "Million Dollar Bill.” Gay crowds have always identified with her songs, many of which are immortalized as our "anthems"

Whitney Houston is always a crowd pleaser. She is an inspiration on so many levels. Her voice took people to places they'd never been before in pop culture. I'd say Bobby ruined her but we all make our own decisions, and hers led to an earlier end than one would have hoped. She will be missed.