What white lies, broken promises and Grindr ghosting say about you 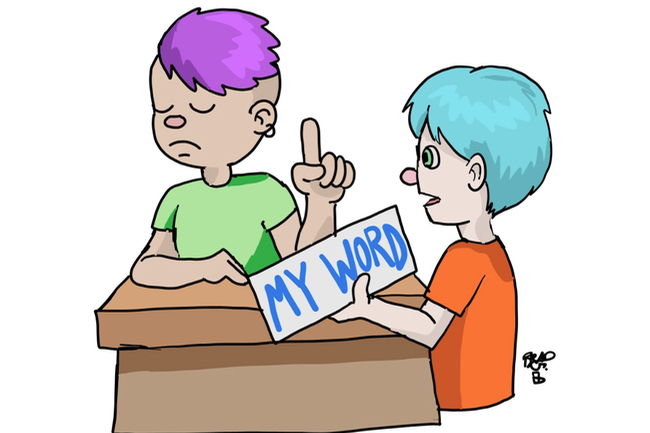 Whether it’s white lies to your boo, being perpetually late, or ditching a hookup, being true to your word is hard for some people.

I think my boyfriend tells me what he thinks I want to hear, then turns around and does whatever he wants.

When I ask, he unloads about his schedule. I’m busy too, but when I say I’m going to do something, I do it. Isn’t reasonable to expect the same?

Have you ever noticed that everyone is busier than everyone else? It smacks of disregard for others.

Some perpetual promisers worry about disappointing others and take on more than they can handle. Others hate conflict, so they agree to everything. A few are actually as selfish as they appear and make assurances to shut you up.

I don’t have enough information to say which of these fits your boyfriend, but the upshot for you is the same: disappointment. Sit him down and show him his pattern. Put it on him to fix it, and decide not to rely on him any more until he does.

I have a friend who’s always late. Always. I begrudgingly grew used to it, but he recently kept my new acquaintance and I waiting nearly an hour for dinner. We were starving by the time he got there, and my guest left with a bad impression of both of us.

Meanwhile, my friend is full of excuses. How can I get through that thick skull that late isn’t cute?

If your friend writes me wanting to change, I’ll give them an earful about grownups being only as good as their word. But since you’re the one writing, I won’t help you try to fix their issues.

Occasional trouble scheduling is normal, but acceptance of repeated behavior is on you. Stop being a doormat to habitual tardiness.

You could figure out your friend’s patterns and work around them. If they’re perpetually 30, 45, 60 minutes late, factor it in and tell him an earlier start time than everyone else. If he has to wait on you – and by your description, he won’t – all the better to convey your message.

Another option is to continue your plans without him. When they show up late and you’re wrapping dinner, maybe he learns over time. Maybe not, but nobody is hungry but him.

I scheduled a Grindr hookup, then decided I wasn’t into it. I ghosted without messaging, but I figure those are the breaks for random hookups. Am I right?

Even if you didn’t owe strangers an explanation, you owe yourself good karma and personal integrity. Your call.

The Q is for entertainment purposes and not professional counseling. Send your burning Qs to [email protected].

Pick up each weekly edition of QATLus at LGBTQ and allied venues around Atlanta.

Whether you’re a Hot Mess, LGBTQ organizer, queer for queens or easy for dance parties, gay Atlanta has your ticket to ride this Friday...
Read more
Nightlife