What ‘Rent’ means to local cast—and you 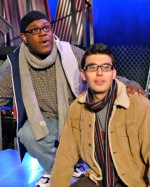 The gang at Fabrefaction Theatre Company isn’t doing just any old restaging of the musical “Rent.” They’re connecting with LGBT Atlanta, including a benefit show, community outreach, and yes readers, a ticket giveaway through Project Q Atlanta. The show, opening Friday (photos), is already intensely personal as written. Fans know that the story of mid-crisis AIDS and a band of bohemian 20-somethings redefined modern pop musicals with moving ballads, motivating anthems, and pure pop fun. “Rent” has enjoyed a long and storied run as a smash hit. The original show launched the careers of Idina Menzel, Taye Diggs, Jesse L. Martin and more. Of course, it also became a cult-favorite movie and perennial fodder for years-long touring productions. Hell, it's so much a part of our culture that the show-stopping “Seasons of Love” is even in a currently running TV spot for jewelry. 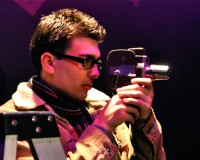 You know all that. But did you know that this may be your last chance to see it in Atlanta for a while? Yup, the rights to produce it are being temporarily rescinded as an off-Broadway revival preps for a New York run. So you’ll be glad to hear that Fabrefaction, whose cast includes at least six openly gay players, is making it their personal mission to make this run of “Rent” count. They're donating their time as a group to HIV/AIDS community service, and the Dec. 19 show is a fundraiser for YouthPride. 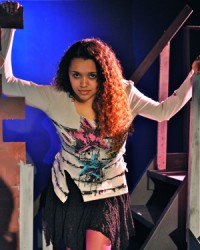 And cuteness: Jessie L. Martin, who originally played Collins—and went on to play Det. Green on several seasons of “Law & Order”— recorded the pre-curtain introduction for each performance especially for this production. Seriously. We could talk about “Rent” all day. But we thought with so many Rent-heads out there already, why not let some of the gay cast members tell us what their characters have taught them? Here’s what they had to say, showing us how much impact “Rent” still makes: Player: Trey Getz Role: Mark Cohen Two words: Craving acceptance “The thing I have learned most from playing Mark is that no matter how hard you strive to be accepted and make sure everyone you love is taken care of, you first and foremost have to be confident, secure, and loving of yourself and accept yourself for who you are. Mark is one that wants to make sure everyone else's lives are taken care of, and tries to be the ‘backbone’ of the group/family of friends he is surrounded by. I am so much like Mark in so many ways. Probably the thing that differs between us is that Mark thrives in being in a community and has to have people around because he is scared of being alone, due to the fact that he is afraid to see what the real, true picture is. I hope I have come to accept that I can't please everyone and I can't be everyone's ‘backbone’ and have accepted me for me. But I am still able to be there for the ones I truly love whenever/whatever they need me for.” Player: Doront'e Evans Role: Tom Colllins Two words: Love, friendship “Tom Collins has taught me to look past my circumstances, which is something I have a very hard time doing. Collins is unemployed, just been beaten up, and is infected with the AIDS virus. All of these things don't get him down. I believe Angel’s love for him surpasses anything he may be facing. Even after Angel’s death, Collins still takes her love with him and continues to live.” Player: Wade Lowman Role: Angel One word: Love "I've learned how to embrace every moment of life and to be a light for others to see. I've learned how to embrace not only others, but myself as well. It's been such an amazing journey to step into the heels of this character and see how much love she really gave to those around her." Player: Marcus Stephen Megahee Role: Gordon/Mr. Jefferson/Ensemble One word: Survival “I've learned a great deal from Gordon. You can't sit back and let fear control you and your actions, making your life nothing more than something you watch fly by. You have to take what you're given, and make it into the best damn experience you could ever have! Gordon and I are actually quite similar, except in the way that we handle our fear. As an out gay man, I've learned that I have to accept my fears and doubts, know they are part of who I am, and try to rise above them and become the brave, strong person I know I can be!” Player: Jose Gabriel Caballero Role: Steve/ Squeegee-man/ Ensemble One word: Hope “I've learned that we as human beings must live each day as our last, or we will miss many things that are in store for us. I've also learned the power of friendships and the family that sprouts from them; how the family that we choose becomes our rock.” We know. What about that ticket giveaway we mentioned? The show runs Thursdays through Sundays until Dec. 19, with special performances on Tuesday, Dec. 21 and Wednesday, Dec. 22. One lucky reader can go to any performance—other than the Dec. 19 YouthPride benefit—with a pair of tickets on us courtesy Fabrefaction Theatre Company. To enter, {encode="[email protected]" title="e-mail us"}, and we will select a winner at random at the end of the day on Tuesday, Dec. 7. Your e-mail must include the subject line “Rent Tickets” with your name, e-mail address and phone number in the body of the message. Fabrefaction will contact the winner and send e-tickets to the e-mail address you provide. Don’t want to risk it? Buy your tickets online now.