What a 9-year-old says about gay marriage in Ga. 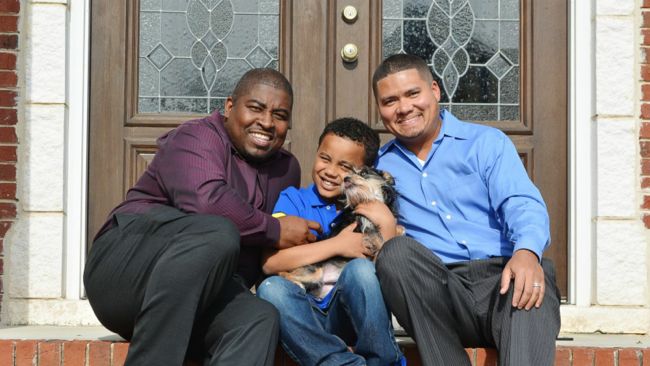 Ask this 9-year-old son of two dads in metro Atlanta what he thinks about gay marriage and the answer will inspire you. Unless you're these grumpy old men.

Jonathan Inniss, the son of Christopher Inniss and Shelton Stroman, offered this when asked by the Gwinnett Daily Post about his two dads taking part in a recently filed lawsuit challenging Georgia's gay marriage ban:

“I think that my dads should be able to get married because they’re basically not different from anybody else,” the third-grader says. “They can do the same things, and they are able to have the same jobs. They can do anything they want in life.”

It's a refreshing counter to the approach of other Atlanta kids, who learn from their parents how to become anti-gay haters.