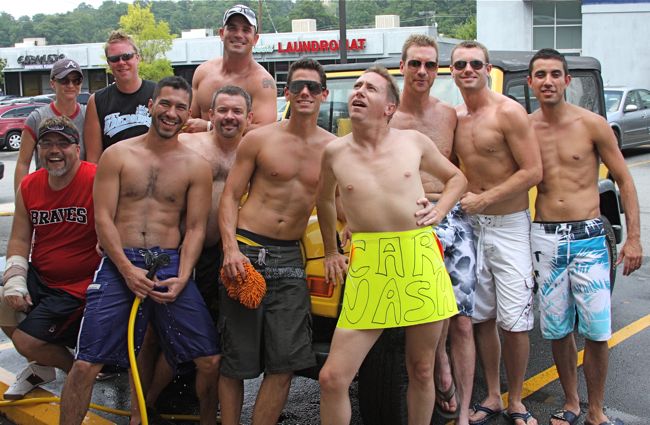 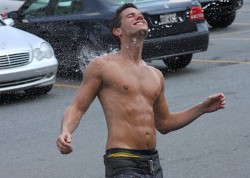 It felt more like an episode of “Baywatch: The Gay Edition” than a fundraiser, but when the event’s called “Shirtless, Soaking Wet Wet Demons Car Wash” you know the $10 donation will be worth every penny.

The team from the Hotlanta Softball League lived up to the event’s title on Saturday, stripping off their shirts, hosing one another down and generally providing the shots for what should be a calendar called “Gay Jocks Gone Wild” as they went about washing vehicles in the parking lot of Mixx. While drivers waited, they could down a Jell-o shot for a buck. 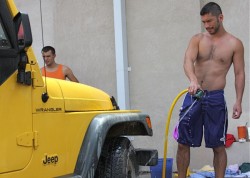 This from the team that’s best known this season for its trio of beer busts — one in March to open the season, another in June and a season-ending one in July.

But despite Saturday’s fun, the cash they raised will help the team travel to the Gay Softball World Series, which opens Aug. 16. The Wet Demons are looking for a repeat of 2007 when they won a championship at the national competition.