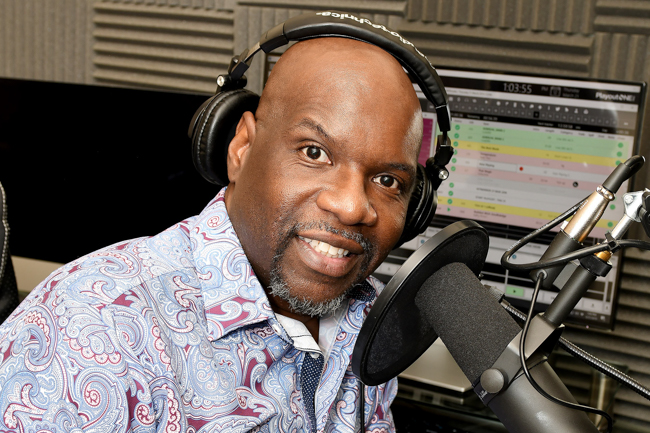 What is LGBTQ music? What is Pride music? Whatever your answer, WERUradio (pronounced “we are you radio”) is here to expand your definition and your options. We “R” here for it.

The online radio station launched in February with the tagline “Urban Music for the LGBTQ Community.” George “Say” Daigle, the pansexual programming director of the station, brings 25 years in the radio business to the project.

Daigle gives Q the inside story on how WERU was born and where it’s going from here.

What inspired you to start WERU?

I was doing a Google search. I was trying to find “black gay Pride music.” I searched “Urban Pride music” and a couple of other related topics. I couldn’t find anything that related specifically to the searches. Everything that was under “Pride music” or “gay Pride music” was void of the Urban sound I was looking for.

I listened to stations that were labeled as “Pride” or “LGBTQ” radio stations and playlists. Again, the Urban sound was completely ignored. As I continued to search, I found all these LGBTQ artists who were astoundingly talented but weren’t being played anywhere in mainstream or otherwise. That was the catalyst and ideology for starting WERUradio.

Why is it important that there’s an outlet offering Urban music for LGBTQ people?

It’s a style. It’s Prada and Coach and Adidas and Fendi. It’s Timberlands and denim and fur.

The LGBTQ community has a distinctive voice in these genres and a particular way we digest and relate to this music. WERUradio’s mission is to be an integral part of setting the tone and painting the musical landscape with this unique format.

What quality must a song have for you to include it in WERUradio’s playlist?

It has to fit the format. R&B/House music and Hip Hop, please. Production quality is essential. A mastered radio-ready submission sets itself apart.

If you are an LGBTQ artist especially, we want to hear from you.

What’s been the response to the station so far?

We have received some very positive feedback. Early fans have been very vocal about what they’d like to hear. Listener input is exactly what we need. This format has never been done before. Every day we are tweaking and developing.

Who are some of your favorite artists right now?

I know I am late to the party on this one, but I recently discovered Sharaya J. She is so frigging hot! Her tracks “Say Less,” “Snatch Yo Wigs”and “Banji” are bangers, hunty!

I’m also so proud of my girl Lizzo. I’ve been a fan for a long time, and the rest of the world has caught up. She’s getting the respect she deserves. “Good As Hell,” “Boys” and “Worship Me” are top faves.

Do you try to incorporate Atlanta artists?

Definitely. Atlanta is still the mecca for musical talent. Our playlist is probably over half ATL artists.

You broke the news with Project Q about Miss Sophia joining your lineup. What else is in the future of WERUradio?

We’re looking for a building to house the station so that we can have a physical presence in Atlanta. We are adding some more new voices and personalities to the format in various time slots this spring. Keith Sibley will be on weekends. Diamond will be doing middays Monday through Friday.

My absolute dream is to program this format for a terrestrial station — perhaps on a nationally syndicated level like SiriusXM or iHeart Radio.

Where did your name “Say” come from?

“Say” is short for Adusay. It’s a name I use as a character in a virtual reality game called “Second Life.” The cohosts of the WERU Morning Crew — TJ, Nova, Jana and I — all met and became great friends on and outside of “Second Life.” They use their anonymous names on the air, so I decided to stick with mine on the show as well.

Listen and submit song requests to WERUradio by visiting weruradio.com.

“Please Me” by Bruno Mars & Cardi B
“Juice” by Lizzo
“WTP” by Teyana Taylor
“Pull Up” by Lil Duval featuring Ty Dolla $ign
“Twerk” by City Girls featuring Cardi B
“Girlfriend” by MNEK
“There For You” by Monet X Change
“Love My Life” by B. Slade
“Commitment” by Monica
“Let It Fall” by Lady Alma & The Rainmakers