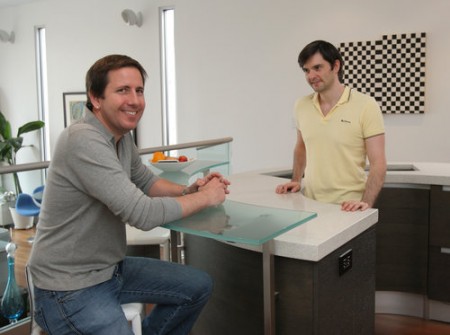 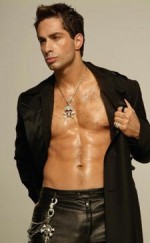 But, really. Do you think they want it broadcast through the gayborhood that Michael Lucas (right photo) was on location to shoot “Piss” and “Fart”? That’s what David Atlanta did this week in its Talk column.

The residential gem has been showcased in Atlanta Magazine and most recently the Atlanta Journal Constitution, which profiled the home this past weekend. In a photo spread of the home, the AJC hilariously noted that the place is “filled with ‘little surprises.’”

Little surprises? Uh oh! It sounds like one of the cast members might have left some evidence around after Michael Lucas shot his recent flicks “Piss” and “Fart” inside the immaculate home.

We love it! Not only do gay men own one of the crown jewels of modern living in Atlanta, but they’re awesome enough to volunteer it as the set for some truly kinky video play.

It takes about five seconds to search the phrase “filled with ‘little surprises” on AJC.com and come up with the site’s Private Quarters profile of Lee Bryan and Joe Keller (top photo). Or you could just read the post we had March 23 about the couple and their AJC profile and make the same connection.

The neighbors enjoy the props, says Lee Bryan, whose eponymously named Midtown firm, specializing in interior design and Italian kitchens, is a 10-minute drive away.

Check out a photo gallery of the house — sans Lucas and his well-endowed actors.