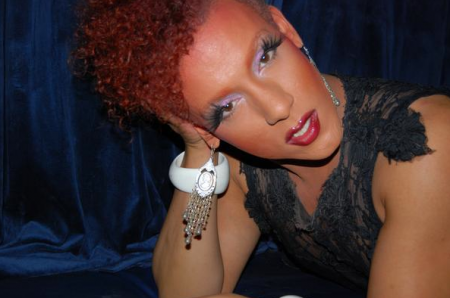 Does “The Wendy Williams Show” discriminate against drag queens? Well that’s what popular New York drag performer Ericka Toure Aviance (photo) is saying after he showed up at a taping on August 12th of the self-proclaimed “Queen of All Media’s” new daytime talk show along with gay singer-songwriter Adam Joseph and gay entertainer Johnny McGovern, star of Logo’s “The Big Gay Sketch Show.”

“I decided to get dressed for Wendy because I thought she’d appreciate it,” says Aviance, a fixture of New York City nightlife for the last decade. “It wasn’t anything outlandish: It was a black baby-doll dress, heels, tights, and standard makeup — not even anything sparkly. It was very demure, especially for me.”

While standing in line outside the studio Wednesday morning, the group was approached by a female intern who noted the fact that Aviance was a drag queen. “She took my name down, so we thought we were about to get VIP treatment,” Aviance recalls. “After another hour we got to the door, and there’s this little white man standing there giving us the eyeball. He gets in our way to prevent us from going in, and he says, ‘You’re in violation of our no-costumes dress code. We usually don’t do this, but we know you’ve been waiting out there for a while, so we’re going to let you in. But you can’t appear on camera, and if you get up for Hot Topics or try to ask Wendy a question, you’ll be removed from the building.’

Aviance believes it wasn’t about his appearance but the simple fact that he was a man in a dress. “For someone who appropriates so much gay culture, you’d think Wendy’s policies would be a little more celebratory of the community.”

“The Wendy Williams Show” released a statement after Johnny McGovern took to his Facebook page to explain what occurred.

“Producers at The Wendy Williams Show never intended to offend Erickatoure Aviance, but the fact of the matter is that the show does request that audience members dress appropriately, not in costume-like attire. We certainly support the LGBTQ community and believe that personal style is a form of self-expression, as evidenced by our host Wendy Williams each and every day. But in this case, our staff was concerned that Erickatoure’s attire was over-the-top and would be distracting to fans at home.”

Really? If you ask me Wendy Williams ought to be happy people are showing up to sit in the audience of her show. Am I the only person who can’t seem to make it through an entire episode? One drag queen should never discriminate against another. Obviously Wendy missed the memo.